PM to hold first meeting with CMs of all states, UTs in ‘Unlock1’ 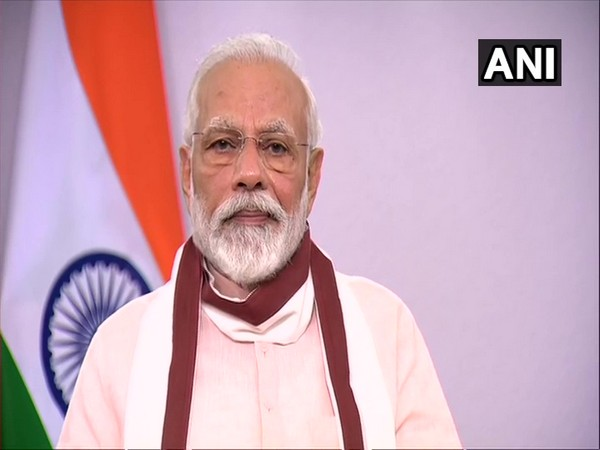 New Delhi [India], June 12 (ANI): Prime Minister Narendra Modi will be holding extensive talks with all the Chief Ministers of states and Union Territories (UTs) on June 16 and 17.
This will be his first interaction with the Chief Ministers ever since ‘Unlock1’ was declared, earlier also PM had rounds of discussions with the Chief Ministers.
ANI has learnt that on June 16, the Prime Minister is scheduled to hold a video conference with Chief Ministers of 21 states and UTs including Punjab, Assam, Kerala, Uttarakhand, Jharkhand, Chhattisgarh, Tripura, Himachal Pradesh, Chandigarh, Goa, Manipur, Nagaland, Ladakh, Puducherry, Arunachal Pradesh, Meghalaya, Mizoram and Sikkim.
ANI has learnt that in the second round of video conferencing on June 17, the Prime Minister will speak to 15 chief ministers including Maharashtra, Tamil Nadu, Delhi, Gujarat, Rajasthan, Uttar Pradesh, Madhya Pradesh, West Bengal, Karnataka, Bihar, Andhra Pradesh, Haryana, Telangana and Odisha.
The administrators of UTs including Jammu and Kashmir will also take part in the meeting.
The second round will be very crucial as a large number of cases have been reported from Maharashtra, Delhi, Tamil Nadu and Gujarat.
The Prime Minister and Chief Ministers are expected to share notes on how states are dealing with the rising number of COVID-19 cases in the country and the way forward. (ANI)

Mayor Lori Lightfoot: Chicago Public Schools must and will…