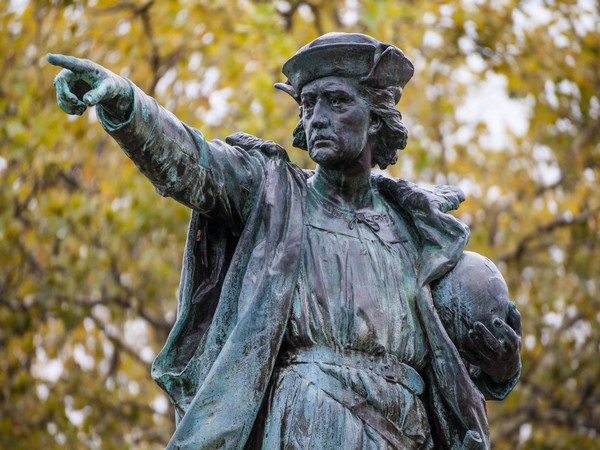 Boston [USA], June 11 (ANI): In a recent incident, a statue of Christopher Columbus in Boston was beheaded, the police said on Wednesday.
There have been three reports of Christopher Columbus statues being tampered with — one thrown into a lake, one beheaded, and another pulled to the ground, CNN reported.
At the Minnesota State Capitol on Wednesday, a group of people at a rally tossed a rope around a statue of Columbus and tugged it to the ground, CNN affiliate KMSP reported.
Columbus has long been a contentious figure in history for his treatment of the indigenous communities he encountered and for his role in the violent colonization at their expense.
In recent years, many cities and states have replaced Columbus Day with Indigenous Peoples’ Day, in recognition of the pain and terror caused by Columbus and other European explorers.
Some demonstrators have said they targeted Columbus statues to stand in solidarity with indigenous people.
As racial reckoning occurs across the country following the death of George Floyd, many Confederate statues — which some consider racist symbols of America’s dark legacy of slavery — have been removed.
The incidents come as pressure builds in the United States to rid the country of monuments associated with racism following massive demonstrations over the killing of Floyd by a white police officer in Minneapolis last month. (ANI)