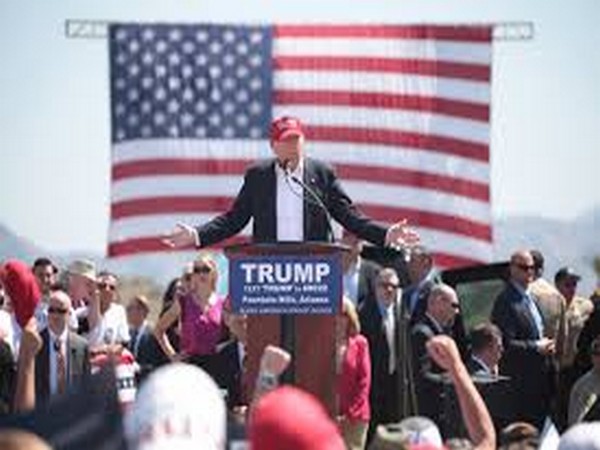 Washington D.C. [USA], June 10 (ANI): President Donald Trump is expected to restart his “Keep America Great” rallies in upcoming weeks, his campaign team has said, following several months off the trail amid the coronavirus pandemic.
“Americans are ready to get back to action and so is President Trump,” Trump campaign manager Brad Parscale said on Monday in a statement cited by The Washington Post.
“The Great American Comeback is real and the rallies will be tremendous. You’ll again see the kind of crowds and enthusiasm that Sleepy Joe Biden can only dream of,” Parscale added
Parscale had previously said the rallies would probably resume in late summer. But Trump has been increasingly determined to get back out on the road, fueled by polling that shows him trailing presumptive Democratic nominee Joe Biden five months out from the November election, according to officials who were not authorized to speak publicly about the campaign’s plans.
The pandemic, which has claimed the lives of at least 109,000 Americans, has grounded Trump’s campaign for the longest stretch since he announced his candidacy five years ago.
In recent weeks, states have begun relaxing their restrictions, although it remains unclear whether governors and local officials will be open to holding the types of large-scale rallies that Trump has credited with helping to propel him to the White House in 2016. (ANI)