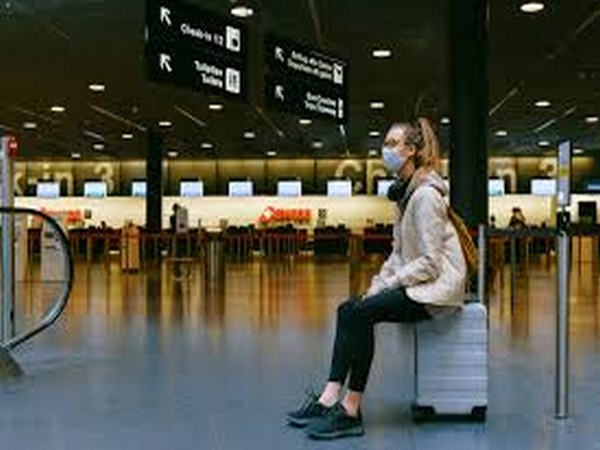 Washington D.C. [USA], June 9 (ANI): Shutdown orders put in place in view of stemming the spread of coronavirus pandemic has prevented about 60 million new infections in the United States and 285 million in China, according to a study cited by The Washington Post that examined how stay-at-home orders and other restrictions limited the spread of the contagion.
The two reports, published simultaneously in the online journal Nature, on Monday, used completely different methods to reach similar conclusions. They suggested that the aggressive and unprecedented shutdowns, which caused massive economic disruptions and job losses, were effective at halting the exponential spread of the novel coronavirus.
“Without these policies employed, we would have lived through a very different April and May,” said Solomon Hsiang, director of the Global Policy Laboratory at the University of California at Berkeley, and the leader of the research team that surveyed how six countries — China, the United States, France, Italy, Iran and South Korea — responded to the pandemic.
His team estimated that, in the initial days after the virus was seeded in each country, and before the shutdowns, the number of infections was doubling every two days.
“The disease was spreading at a really extraordinary rate that is rare even among very infectious diseases,” he said in an interview with the Post.
The global response to COVID-19, the disease caused by the virus, resulted in “saving more lives in a shorter period of time than ever before,” he said in a separate conference call with reporters.
The Berkeley study used an “econometric” model to estimate how 1,717 interventions, such as stay-at-home orders, business closings and travel bans, altered the spread of the virus. The researchers looked at infection rates before and after the interventions were imposed. Some of these interventions were local, and some regional or national.
It also found that timing is very crucial. Small delays in implementing shutdowns can lead to “dramatically different health outcomes, the study said.
Meanwhile, a separate study from epidemiologists at Imperial College London estimated the shutdowns saved about 3.1 million lives in 11 European countries, including 500,000 in the United Kingdom, and dropped infection rates by an average of 82 percent, sufficient to drive the contagion well below epidemic levels.
The two reports on the effectiveness of the shutdowns come with a clear warning that the pandemic, even if in retreat in some of the places hardest hit, is far from over. The overwhelming majority of people remain susceptible to the virus. Only about 3 per cent to 4 per cent of people in the countries being studied have been infected to date, Samir Bhatt, senior author of the Imperial College London study, was quoted as saying.
The researchers concluded that the six countries collectively managed to avert 62 million test-confirmed infections. Because most people who are infected never get tested or diagnosed with covid-19, the actual number of cases that were averted is much higher — about 530 million in the six countries, the Berkeley researchers estimated. They estimated that the United States, had it not imposed shutdowns and other measures, would have seen an additional 4.8 million diagnosed infections and 60 million actual infections.
In addition to stay-at-home orders and travel restrictions, banning large gatherings had more of an effect in France and South Korea than in the other countries. (ANI)

Chicago area overnight snow totals shy of forecast for now, but storm not letting up and winter storm warning still on…

Angad plays a guy high on fashion in ‘The Zoya…