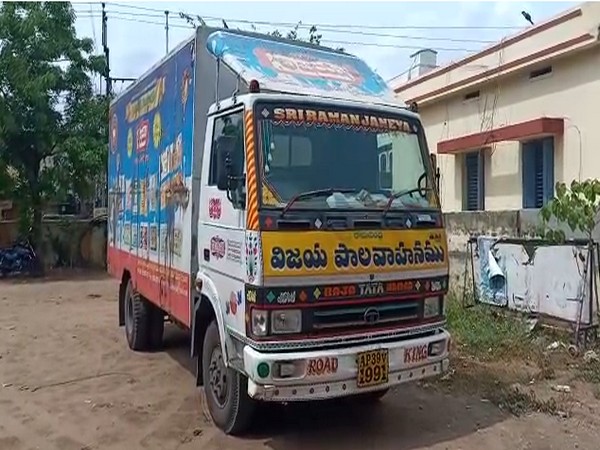 Vuyyuru (Andhra Pradesh) [India], June 7 (ANI): Andhra Pradesh police on Sunday caught hold of a milk van which was illegally transporting liquor bottles worth Rs 18,500 in the Krishna district.
Vuyyuru town police station Sub Inspector said: “A milk distributing van (AP 39U 1991) was returning from Avanigadda to Vijayawada. It was checked by the police at 12.30 pm at the Gandigunta centre in Vuyyuru town. It was found during the search that there were 50 liquor bottles of 180 ml each and 5 full bottles of liquor on the bus. Their total worth is almost Rs 18,500.”
The police detained three persons including the driver in connection with this case. They are P Sambasiva Gupta (37), K Pattabhi Ram (38) and driver M Vikas (28). Police have seized liquor bottles and the vehicle.
Further investigation is underway. (ANI)

Military, diplomatic talks to continue to address dispute along LAC in Ladakh