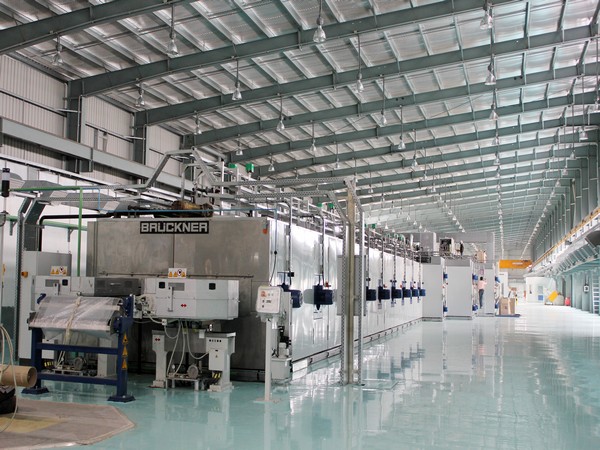 New Delhi [India], June 5 (ANI): Cosmo Films Ltd, a leading manufacturer of films for packaging, labelling and lamination applications, on Friday reported a consolidated profit after tax of Rs 113 crore in the financial year 2019-20, up 85 per cent from Rs 61 crore in FY19.
Net revenue has also increased from Rs 2,156 crore to Rs 2,203 crore for FY20. Earnings before interest, tax, depreciation and amortisation (EBITDA) jumped by 55 per cent to Rs 280 crore.
For Q4 FY20, the company reported a standalone profit after tax of Rs 29 crore as compared to Rs 28.63 crore during the same quarter in FY19.
The company posted Rs 78 crore EBITDA during Q4 FY20, up 34 per cent year-on-year. Better operational margins, operational efficiencies and improved performance by subsidiaries contributed to higher EBIDTA.
However, provisioning towards one-time impairment in market value of assets in overseas subsidiaries impacted the bottomline. Profit after tax was further impacted due to higher deferred tax provisioning on temporary timing differences relating to the special economic zone unit.
For the full year FY19-20, EBITDA increased by 55 per cent primarily due to higher speciality sales (growth of 11 per cent), balanced demand and supply scenario, operational efficiencies and an improved performance by subsidiaries.
During the year, the company paid an interim dividend of Rs 15 per equity share (150 per cent) for FY20.
The company’s subsidiary project for masterbatches (an essential ingredient of flexibly packaging film) is progressing as scheduled and is expected to start operations from Q2 FY21.
Due to lockdown announced by the government in wake of COVID-19 pandemic, company operations were suspended at its Gujarat and Maharashtra plants for some days in March but resumed in the first half of April.
“Flexible packaging demand should increase in India and the world post Covid-19 with increasing shift in consumer preference towards packaged products — particularly in food — and increased concern for cleanliness and hygiene,” said Chief Executive Officer Pankaj Poddar.
“The company will continue its focus on speciality films, supporting brands on building recyclable packaging structures, R&D and new product development,” he said in a statement.
Cosmo Films is the largest exporter of BOPP films from India and also the largest producer of thermal lamination films in the world. Its customer base is spread in more than 100 countries with manufacturing units in India, South Korea and Japan.
(ANI)

I want to do better internationally: Anupam Kher