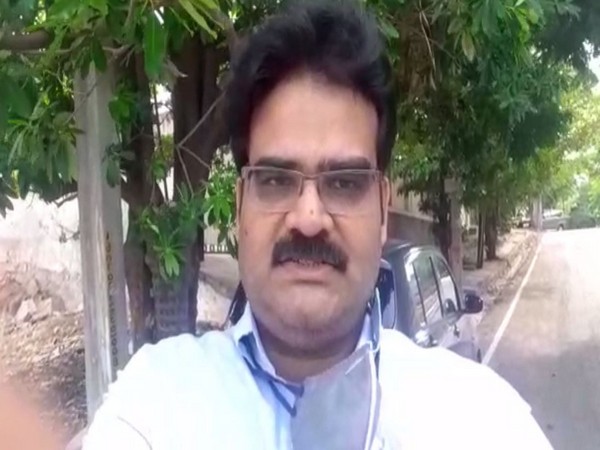 Hyderabad (Telangana) [India], June 4 (ANI): Bharatiya Janata Party (BJP) leader Lanka Dinakar on Wednesday condemned the decision taken by Andhra Pradesh Chief Minister YS Jagan Mohan Reddy-led YSRCP government for painting party flag colours on government buildings. He also stated that the cost of repainting the panchayat and government buildings should be sought from the people responsible behind the move.
“Today Honourable Supreme Court has given a verdict against the State Government’s appeal on the Andhra Pradesh High Court judgement to the Andhra Pradesh government to change the painted YSRCP flag colours to general colours but the State government had moved with an appeal for Supreme Court’s judgement,” Dinakar said.
“Today Honourable Supreme Court directed to change colours as per the directions of Andhra Pradesh High Court within four weeks. Our question is, who should bear the illegitimate expenditure incurred on the public exchequer unnecessarily and we demand that the cost of painting should be reimbursed out of the pocket of responsible persons,” he added. (ANI)

Rahul Gandhi to discuss COVID-19, economy with industrialist Rajiv Bajaj at 10 am today

Chicago area overnight snow totals shy of forecast for now, but storm not letting up…

India let down by batsmen at Old Trafford