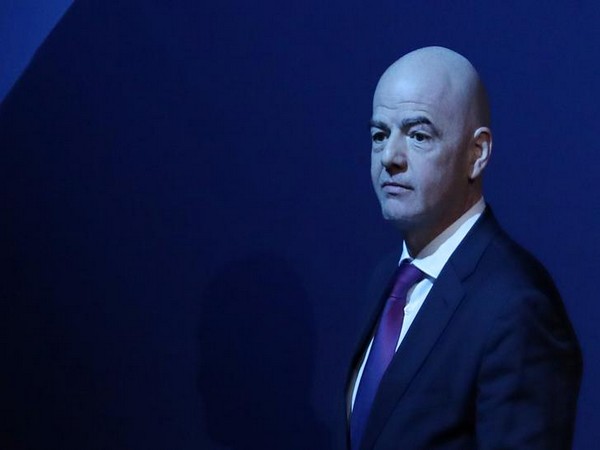 Zurich, [Switzerland], June 3 (ANI): FIFA President Gianni Infantino on Wednesday said that the recent demonstrations of players in Bundesliga matches, showing solidarity with George Floyd, deserve “applause and not a punishment”.
“For the avoidance of doubt, in a FIFA competition the recent demonstrations of players in Bundesliga matches would deserve an applause and not a punishment,” Infantino said in a statement.
“We all must say no to racism and any form of discrimination. We all must say no to violence. Any form of violence,” he added.
‘Black Lives Matter’ protests have intensified across the US after George Floyd, an African-American man, passed away after having a knee pressed into his neck by a police officer identified as Derek Chauvin.
Following the incident, Protests erupted in Minneapolis and other US cities.
Paying tribute to Floyd, Borussia Dortmund duo Jadon Sancho and Achraf Hakimi revealed ‘Justice for George Floyd’ messages on their undershirt during a win over Paderborn on Sunday.
Also, Borussia Monchengladbach forward Marcus Thuram took a knee during a goal celebration as his side beat Union Berlin.
The football governing body, in a statement, said, “FIFA fully understands the depth of sentiment and concerns expressed by many footballers in light of the tragic circumstances of the George Floyd case”
“FIFA had repeatedly expressed itself to be resolutely against racism and discrimination of any kind and recently strengthened its own disciplinary rules with a view to helping to eradicate such behaviour,” the statement added.
FIFA further stated, “The application of the Laws of the Game approved by the IFAB is left for the competitions organisers which should use common sense and have in consideration the context surrounding the events.” (ANI)