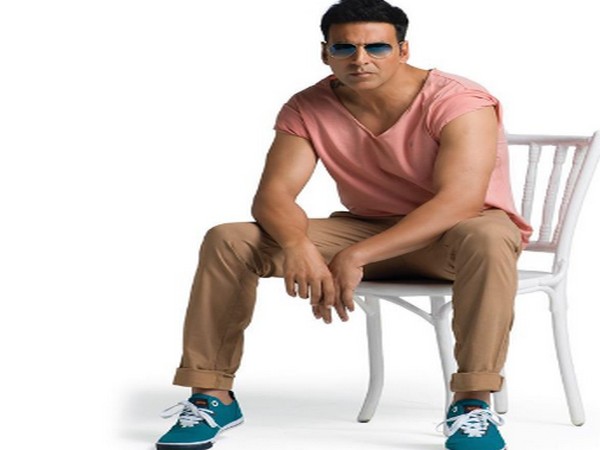 Mumbai (Maharashtra) [India], May 3 (ANI): Raising his voice against animal abuse after a pregnant elephant died of eating cracker-stuffed pineapple allegedly fed to her by a local in Kerala’s Mallapuram, megastar Akshay Kumar on Wednesday demanded strict actions against the culprits.
The gruesome incident took place on May 27 while the elephant was standing in water and forest officials said that it died standing in river Velliyar after it suffered an injury in its lower jaw.
The 52-year-old star put out the heart-wrenching picture of the dead body of the mother elephant, tied in strings after being pulled out from the water. Along with the post, the actor wrote, “Maybe animals are less wild and humans less human. What happened with that #elephant is heartbreaking, inhumane and unacceptable! Strict action should be taken against the culprits. #AllLivesMatter.” 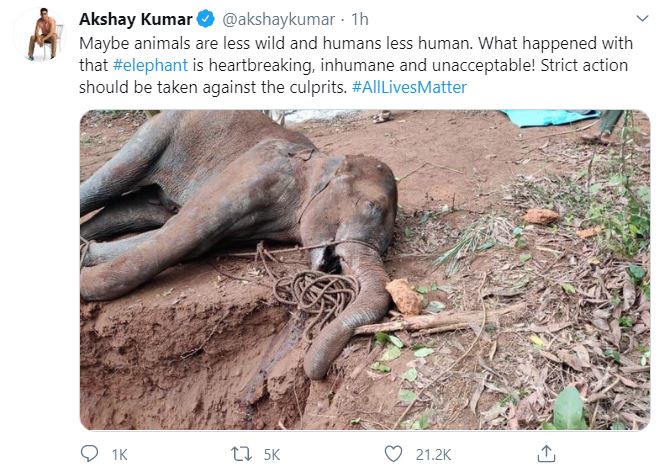 Scores of Bollywood celebrities including Varun Dhawan, Anushka Sharma, John Abraham, Disha Patani, Dia Mirza condemned the brutal incident and demanded strict action against the perpetrators.
Earlier, the Silent Valley National Park Wildlife Officer had informed that the elephant was seen roaming around in the private area of the forest on May 23.
“When one of our staff members went to see the elephant, it was observed that a wound in the lower jaw area was exposed. Later, for at least 24 hours the animal was trying to look for water. On May 24, we received information that the animal has come into river Velliyar,” the wildlife officer said.
The officials said that a veterinarian was called as the elephant was weak and not eating anything and was on a liquid diet.
The wildlife officer said that they later planned to take the elephant out of the river but by then she had collapsed.
The officer informed that two doctors are at the spot to carry out the post-mortem, after which the carcass will be burnt. (ANI)