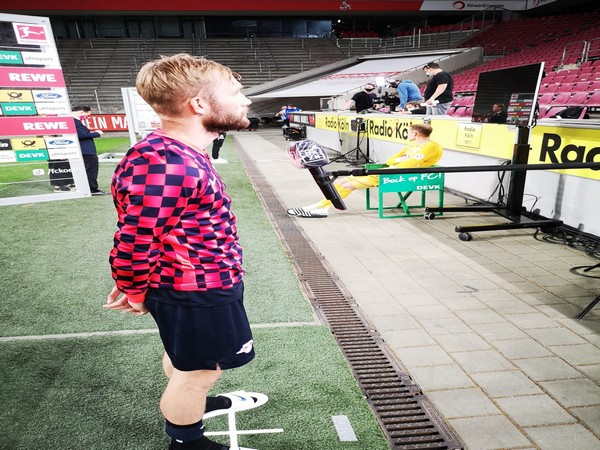 Cologne [Germany], June 2 (ANI): RB Leipzig’s Konrad Laimer said that his side was dominant and deserved three points after the club secured a 4-2 victory over FC Koln.
“It didn’t really have to be so tense. We went behind again, but we responded well and deservedly led at half time. Overall, we were dominant and deserved three points. Obviously we’re annoyed that we conceded twice as well,” the club’s official website quoted Laimer as saying.
With this victory, RB Leipzig climbed to the third spot on the Bundesliga table with 58 points, only behind Bayern Munich (67) and Borussia Dortmund (60).
Jhon Cordoba scored the opening goal of the match in the seventh minute, putting FC Koln ahead of RB Leipzig. However, RB Leipzig did not take much time level the scores as Patrik Schick netted a goal in the 20th minute.
Christopher Nkunku then scored a goal to hand RB Leipzig a one-goal lead before the first-half came to an end. Timo Werner extended the lead shortly after the break.
The hosts cut the deficit thanks to a wonderful Anthony Modeste’s strike in the 55th minute. However, two minutes later, Leipzig restored their two-goal lead as Dani Olmo struck his first Bundesliga goal.
Reflecting on the victory, Schick said, “It was another tough game tonight. It wasn’t the start that we wanted. After that, we grew into the game and fought hard. At the end of the day, we’re really happy with the three points.” (ANI)

Italy or Ronaldo, which will it be?

Keep my fee low, so films can recover, says Imran