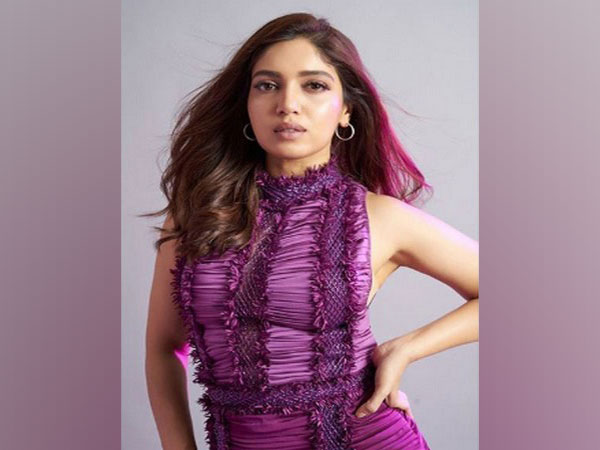 New Delhi [India], June 2 (ANI): In an attempt to spread awareness about the current environmental issues, actor Bhumi Pednekar through her ‘Climate Warrior’ initiative has launched the ‘one wish for Earth’ campaign.
Pednekar has announced the ‘one wish for Earth’ challenge through an Instagram video where she is seen urging her fans to share their ‘one wish for the earth’ with her.
In a video, the 30-year-old actor is seen talking about her ‘one wish’ and is also seen sharing about the special talk session that she has lined up for the world environment day.
“My one wish for the Earth is that every individual realises that climate change is real, we create more awareness and we learn to co-exist with the environment,” she said.
“So, to celebrate world environment day, I will be in conversation with some very bright kids, discussing global warming, climate change, the environment,” she added.
The ‘Pati Patni Aur Woh’ actor also stated that she will also bring in special messages from her friends in the film industry wherein they will share their ‘one wish for the Earth.’
She is also seen talking about some of the worse climate and environmental issues that the world is dealing with at the moment.
“Climate change, as a concept, is still not considered as a real issue today by a lot of people. There are such varied and grave climatic issues that are happening across the world which people are not even realising like increase of famines, forest fires, droughts, floods, melting ice caps, sea levels increasing, food and crop getting destroyed, heat waves across countries and continents, etc,” said Bhumi.
The 30-year-old actor said she wants every citizen of the country to become a climate warrior and do their bit for the cause that is threatening our future generations.
Pednekar, who is also a vocal climate activist, runs her own non-profit initiative called ‘Climate Warrior’ that celebrates real-life heroes working towards climate change and also works as an advocacy platform to engage and rally the youth of the country towards this cause. (ANI)