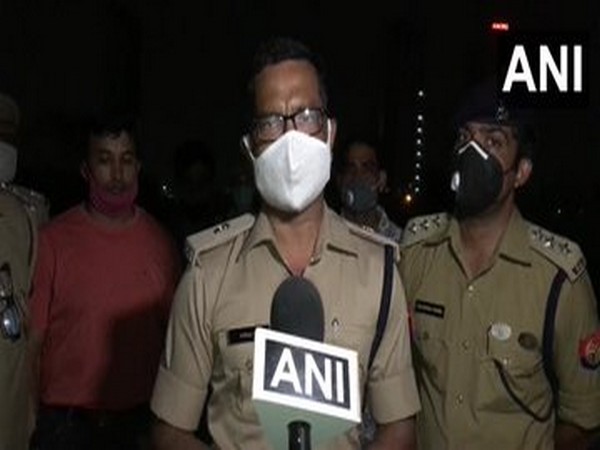 Noida (Uttar Pradesh) [India], June 2 (ANI): Three people in Noida opened fire at Police officials on Monday after they were asked to stop at a checkpoint for allegedly violating the lockdown curbs.
In a confrontation with the Police, one person sustained injuries who was carrying a reward of Rs 25,000 and several cases registered against him.
“Three people were seen riding a scooter near Spice Mall in Sector 24, Noida. Only one person is allowed on a two-wheeler. When police asked them to stop at a checkpoint, they tried to run away,” said Noida Additional Deputy Commissioner of Police Ranvijay Singh.
When chased, Singh said they opened fire on police.
“In retaliatory fire, one person sustained injuries while others managed to flee. A country-made pistol and a stolen phone have been recovered from the possession of the injured,” he said.
“The injured person has been identified as Monu. He was carrying a reward of Rs 25000 and around 12 cases are registered against him,” Singh added. (ANI)