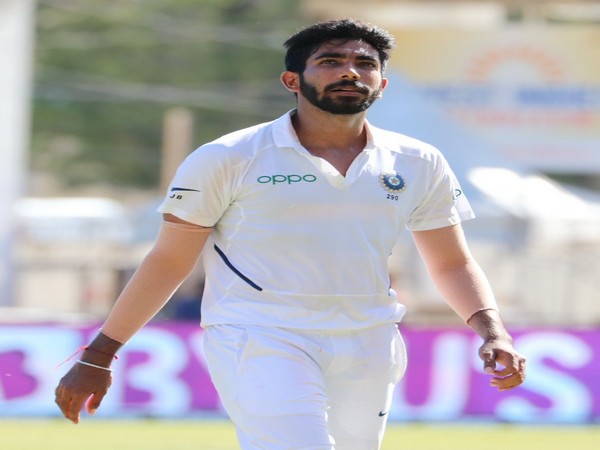 New Delhi [India], June 1 (ANI): Pacer Jasprit Bumrah has said that Test cricket is his favourite format of the game and he just loves playing the five-day game.
Bumrah was speaking at an interaction with Ian Bishop and Shaun Pollock as part of ICC podcast when he was asked to name his favourite format.
“For me, yes, I love Test cricket. People who are younger than me, I have met them, they want T20 cricket and are a big fan of that format. I am a 90s kid, all I have done is to watch Test cricket,” Bumrah said during the interaction.
“I wanted to play Test matches and now I have played it, for me, Test cricket is my favourite format and I just love playing it,” he added.
The 26-year-old pacer has played 14 Tests so far and has taken 68 wickets.
In 2019, Bumrah became the third Indian bowler to take a hat-trick in the longest format of the game.
Before Bumrah, only Harbhajan Singh and Irfan Pathan had achieved the feat.
Bumrah was last seen in action during India’s two-match Test series against New Zealand earlier this year.
He managed to pick up six wickets in the series. However, the side lost the two-match series 0-2 and this was their first defeat in the World Test Championship.
Bumrah is currently ranked as the number two bowler in the ICC ODI rankings while he is on the seventh spot in the Test rankings.
He would have been in action for Mumbai Indians in the Indian Premier League (IPL) if the tournament had commenced on March 29.
However, the tournament has been postponed indefinitely due to the coronavirus pandemic. (ANI)