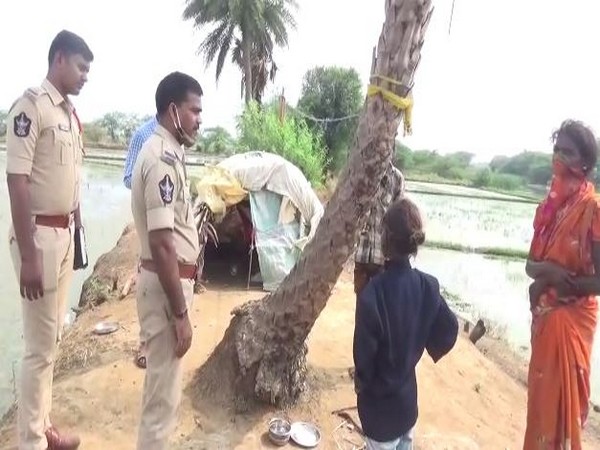 Nellore (Andhra Pradesh) [India], June 2 (ANI): A man allegedly tried to kill his wife by hitting her with a stick, and then proceeded to bury her alive after an argument over some domestic issue in Gotlapalem village of Nellore district, according to the police.
According to the Police, Ponnuru Subhashini (37) was living with her third husband, Budabukkala Swamulu (30).
“On 27th night, the couple consumed liquor and had a quarrel on some domestic issue. Furious husband had beaten wife with a stick. Subhashini lost consciousness and fell down,” Kodavaluru Police Station Sub-Inspector Pratap said.
Police said Subhashini’s seven-year-old daughter informed them that “Swamulu dug a pit nearby, and buried Subhashini when she was still alive; on the intermittent night of 27 and 28. He threatened the girl and ran away.”
Kodavaluru circle inspector Srinivas Rao went to the spot, dug out the body and sent it to Nellore government hospital.
“Police are searching for the absconded accused. The details like when and how Subhashini died will be known after post mortem report,” said SI Pratap.
A case has been in this regard and further, the investigation is underway. (ANI)