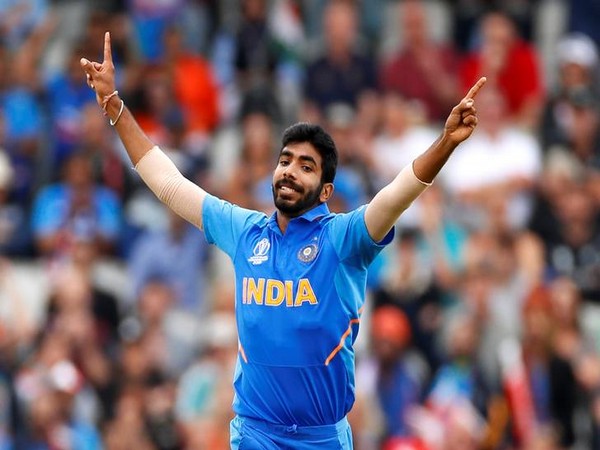 New Delhi [India], June 1 (ANI): Pacer Jasprit Bumrah has said that all his cricket coaching has been self-taught and added that there is no proper reasoning behind his bowling action.
Bumrah was speaking at an interaction with Ian Bishop and Shaun Pollock as part of ICC podcast and it was then that he was asked as to how his action developed.
“Basically, I have never been coached a lot. I never did any sort of professional coaching and I did not go to any professional camps. All my cricket has been self-taught till date, nobody has told me this is how you bowl,” Bumrah said during the interaction.
“I have learned everything by watching videos on television. I do not know how this action developed, there is no proper reasoning for it. There are always some people doubting but I have never really listened to people who told that action needs to be changed,” he added.
The 26-year-old pacer also explained the reasoning behind his short run-up during bowling. He also explained why he does not see any need for changing his run-up.
“My run-up is because of playing in the backyard, we did not have much space, so this is the longest that you could have had, maybe this could have been the case. I have tried longer run-up and nothing changes, speed is still the same so why to run so much,” Bumrah said.
Bumrah was last seen in action during India’s two-match Test series against New Zealand earlier this year.
He managed to pick up six wickets in the series, however, the side lost the two-match series 0-2 and this proved as their first defeat in the World Test Championship.
Bumrah is currently ranked as the number two bowler in the ICC ODI rankings while he is on the seventh spot in the Test rankings.
He would have been in action for Mumbai Indians in the Indian Premier League (IPL) if the tournament had commenced on March 29.
However, the tournament has been postponed indefinitely due to the coronavirus pandemic. (ANI)