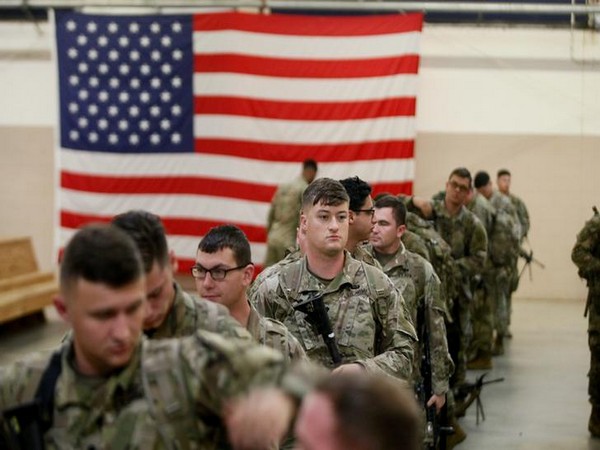 Washington DC [USA], June 2 (ANI): An Active duty military police battalion, consisting of 200 to 250 personnel has been deployed to Washington, DC, to deal with protests over George Floyd’s death.
According to CNN, the troops are expected to provide security in District of Columbia (DC) but not perform law enforcement duties such as arrest and detention of protesters or rioters.

An additional 600-800 National Guard members from five states have been requested to supplement the DC National Guard responding to civil unrest.
“This evening the Department has been working with the Department of Justice and other officials and the city of Washington, DC, to provide sufficient forces for protecting the city and maintaining peace this evening,” a defense official said.
Keeping in view the protests being spread across the United States, at least 40 cities have imposed curfews and the National Guard has been activated in 15 states and Washington, DC.
Due to Washington, DC’s unique status, the deployment does not require permission from local authorities.
The Trump administration has offered the use of active-duty soldiers and intelligence to assist in quelling unrest. Gov. Tim Walz (D) acknowledged the offer as he announced that he was mobilizing the entire Minnesota National Guard, Washington Post reported.
He did so after several nights of rioting in response to the death of George Floyd, a black man who was killed in police custody this week in Minneapolis while handcuffed and on video.
Walz downplayed the significance of the Pentagon’s offer to send U.S. armed forces, saying that “this has happened before” where soldiers from the 82nd Airborne Division and other parts of the Army are put “on readiness.”
Washington DC has been placed under curfew from 7 pm (local time) tonight even as arson and looting continues unabated in various parts of the city.
DC Mayor Muriel E. Bowser (D) announced another curfew for Monday night, saying, “We’re prepared for multiple days of demonstrations,” The Washington Post reported.
This decision came after a night of destruction across the city as protesters clashed with police outside the White House.
Earlier, Bowser had ordered a citywide curfew for the District of Columbia from 11 pm on Sunday, May 31, until 6 am on Monday, June 1.
Around 4,000 people across the United States have been arrested during the massive protests over the death of African-American man George Floyd last month, CNN reported.
On Sunday, as many as 40 cities and Washington DC across the United States imposed curfews in response to the continuing protests against the death of African-American man George Floyd in police custody. (ANI)