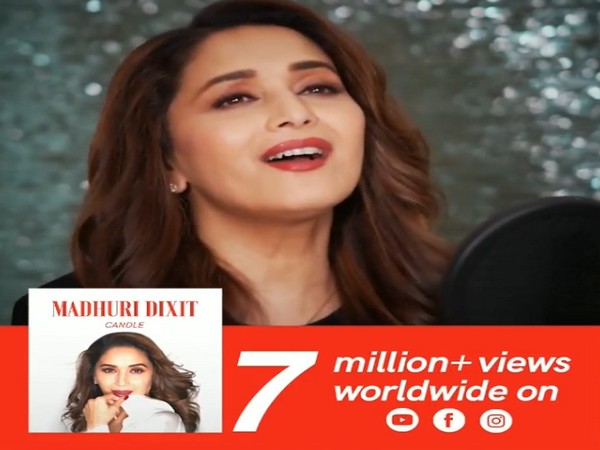 New Delhi [India], May 31 (ANI): Actor Madhuri Dixit, currently basking in the success of her debut song ‘Candle’, has thanked her fans on Sunday as the newly released song garnered an overwhelming 7 plus million views on the social media platforms.
The song, which officially premiered on May 23 during a Facebook Live, has widely appreciated by her movie co-stars as well as netizens alike.
Overwhelmed by the response, the 53-year-old star took to Instagram, today, to share the pleasing response to the song from the audience and extended her heartfelt thanks. 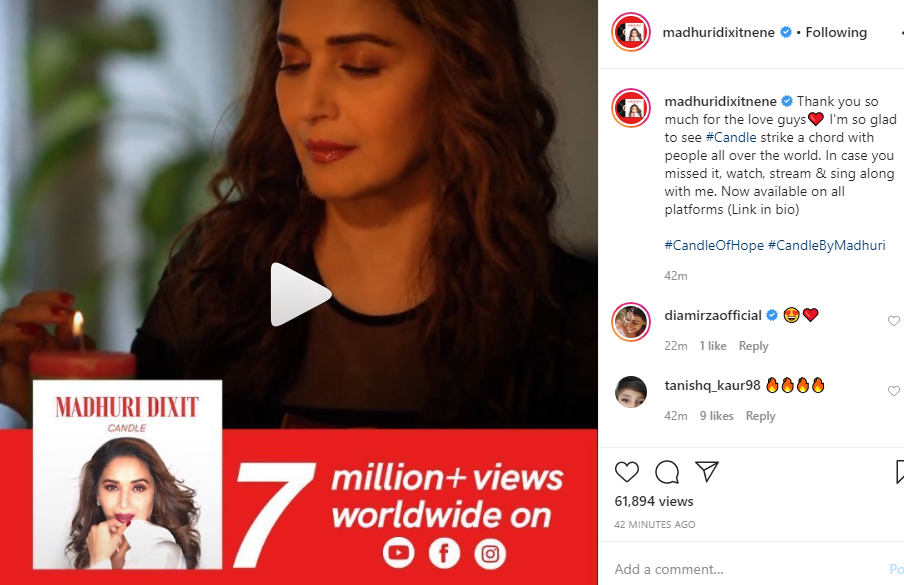 Sharing a glimpse of the official video, the star captioned the post: “Thank you so much for the love guys[?] I’m so glad to see #Candle strike a chord with people all over the world.”
The recently launched song ‘Candle’ intends to bring high hopes and positivity among people amid these trying times.
From filmmaker Karan Johar to actors including Shah Rukh Khan, Hrithik Roshan, Alia Bhatt and more was all praise for the timeless beauty on her first-ever singing debut. (ANI)