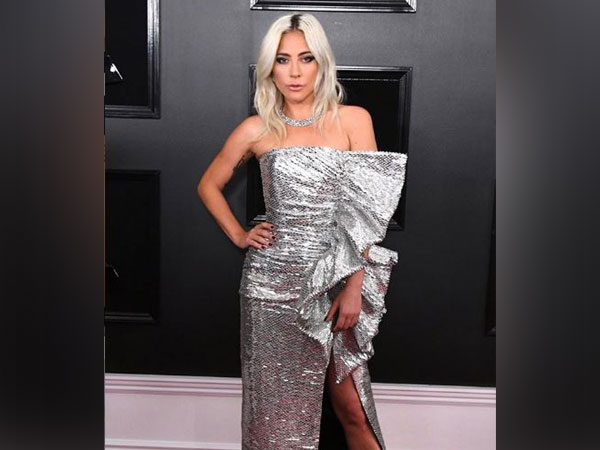 New Delhi [India], May 31 (ANI): Expressing outrage over the death of George Floyd, singer Lady Gaga on Sunday addressed the ongoing issue of racism in America and called for an action to end the discrimination.
This comes after Floyd, an African-American man, was detained and subsequently died in police custody in Minneapolis on Monday.
A bystander video recording showed a cop kneeling on Floyd’s neck for at least eight minutes, while Floyd was saying that he could not breathe.
Gaga, through a written statement posted on Instagram, mentioned that she did not wish to contribute more violence but to contribute to a solution. 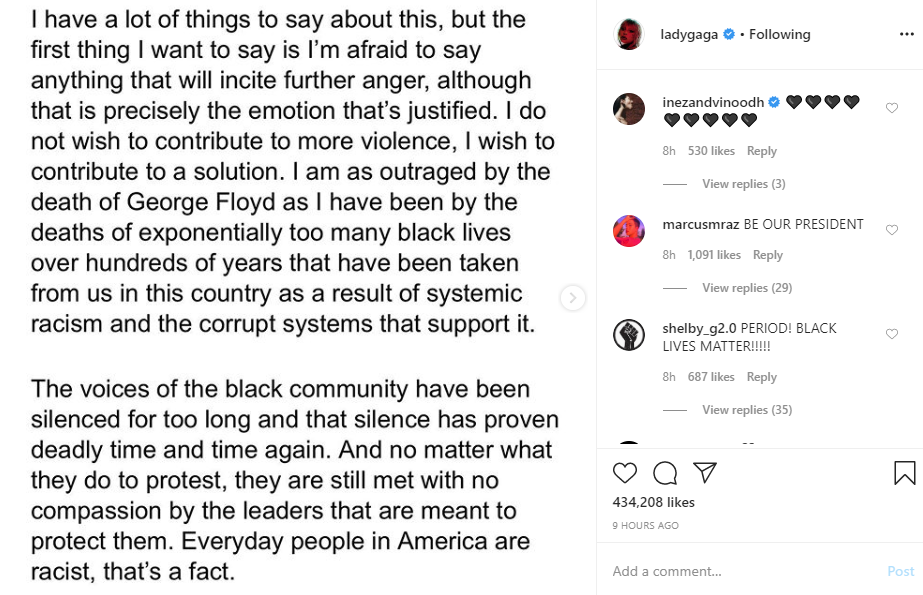 “I am as outraged by the death of George Floyd as I have been by the deaths of exponentially too many black lives over hundreds of years that have been taken from us in this country (America) as a result of systematic racism and the corrupt systems that support it,” the statement read.
The singer noted that the voices of the “black community” have been silenced for long and that silence has proven “deadly time and time again.”
She also mentioned that the leaders who are supposed to protect them do not show any “compassion” to the community.
“Every day people in America are racist, that’s a fact,” the ‘Rain On Me’ singer added.
She also held US President Donald Trump accountable and said: “He is fueling a system that is already rooted in racism, and racist activity and we can all see what is happening. It’s time for a change.”
The 34-year-old musician further urged people to show and speak with “passion, inspiration and impress the importance of this issue.”
Dubbing herself as a “white, privileged” woman, she took an oath to show love for the black community.
“We haven’t, as a privileged community, done enough to fight racism and stand up for those people who are being killed by it,” Gaga added.
Before Gaga, many big names from the music industry including Beyonce, Rihanna, Camila Cabello took their respective social media handles to address the ongoing racism issues. (ANI)

Nepali village encroached on, controlled by China for six…