‘Nothing changes during lockdown for Akshay Kumar’: Nikkhil Advani 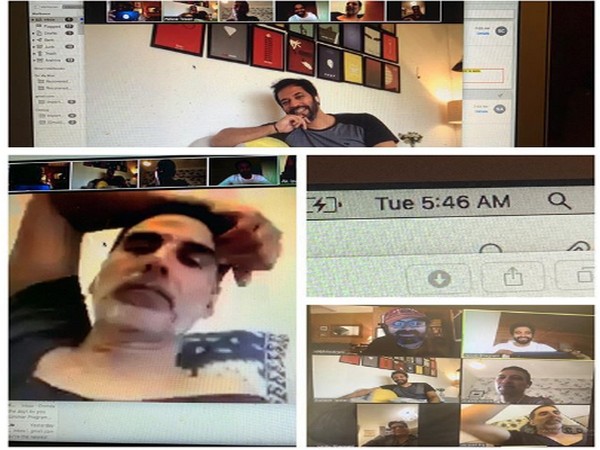 New Delhi [India], May 26 (ANI): Even as the country remains under lockdown, actor Akshay Kumar is busy working on the final narration of his upcoming spy thriller flick ‘Bell Bottom.’
The narration of the script began sharp at 5.46 in the morning over a group video call for Akshay who is an early riser and is known for strictly following a disciplined routine.
One of the producers of the film, Nikkhil Advani, posted a picture of the group video call session on Instagram and lauded Akshay for his punctuality.
“Nothing changes during for #Lockdown for @akshaykumar Final narration of #BellBottom starts on the dot 5:46am. Great stuff @ranjitmtewari @aseemarora #WFH #actionpacked #retro #spy #RAW #WaitForIt,” he wrote in the caption.
‘Bell Bottom’ directed by Ranjit M Tewari is produced by Vashu Bhagnani, Jackky Bhagnani, Deepshikha Deshmukh, Monisha Advani, Madhu Bhojwani and Nikkhil Advani. (ANI)