To cover up his lover’s murder, Bihar man kills nine people in Telangana 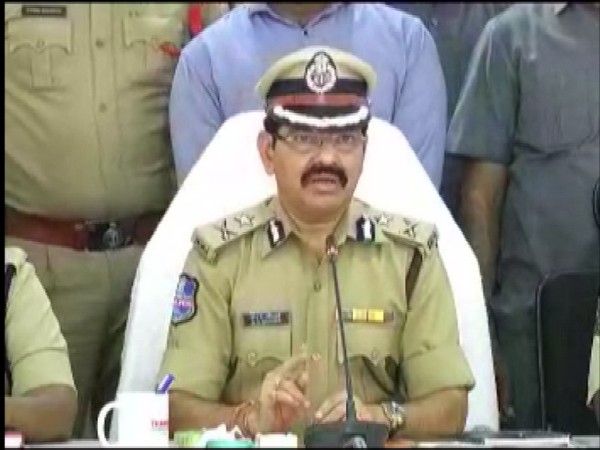 Warangal (Telangana) [India], May 26 (ANI): A 26-year-old man from Bihar was arrested here for murdering nine people by throwing them into a well to cover the murder of a woman, police said on Monday.
Dr Ravinder, Commissioner of Police (CP), Warangal, said that the bodies were recovered on May 21 and May 22 from the well. Investigation has revealed that the accused, Sanjay Kumar Yadav, killed all of them to cover up the murder of Rafiqa, with whom he had a relationship.
He said that Yadav got acquainted with a person named Maqsood and his sister-in-law Rafiqa. “Slowly, he came close to Rafiqa and started living together with her three children. Yadav tried to misbehave with Rafiqa’s 15-year-old daughter. Rafiqa did not like this and threatened to lodge a complaint against him,” Ravinder said.
“Then, Yadav planned to kill Rafiqa in order to live with her daughter. Yadav promised Rafiqa to marry. They boarded a train to West Bengal from March 7. Yadav mixed sleeping tablets in the food packet and later strangulated her, and threw her body outside the train,” he said.
According to police, Yadav later came back to Warangal but Maqsood’s wife Nisha started questioning him about the whereabouts of Rafiqa.
“Nisha threatened to lodge a police complaint against him. With a premeditated motive, from May 16 to May 20, he visited Maqsood’s family who stayed in a gunny bag factory,” he said.
Yadav purchased sleeping pills from Warangal and mixed in the food on the birthday of Maqsood’s elder son on May 20, police said.
“Maqsood and his five family members were living there. Yadav mixed sleeping pills in the food and later they consumed it. Maqsood’s family friend Shakeel was also there. Then, he went to the first floor of the factory where two labourers were staying. He mixed sleeping pills in their food too. He suspected that they may get up and create a problem. To cover up the murder of Rafiqa, he killed nine people,” Ravinder said.
At around 12:30 am, Yadav woke up and saw that everyone is asleep, according to police.
“Then, he used the gunny bags to drag all the nine people into the well. He threw the gunny bag one by one into the well,” Ravinder said.
According to the police, six teams were deployed to investigate the case.
“Yadav has been arrested now and will be taken to police custody. We will collect all evidence and ensure that he gets maximum punishment for this offence,” Ravinder said. (ANI)