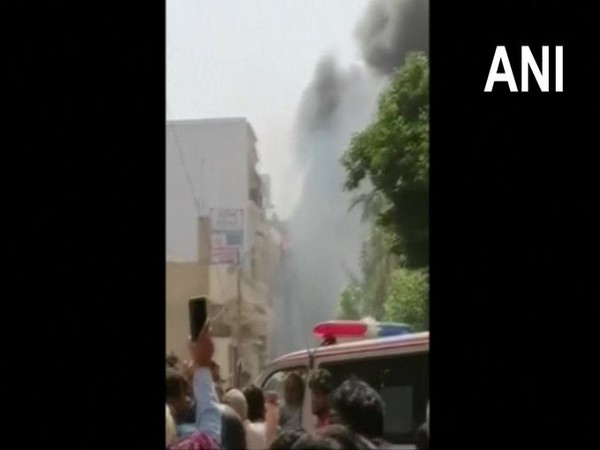 Islamabad [Pakistan], May 25 (ANI): Representatives of pilots’ association and aviation experts have expressed concern over the handling of the air force-led investigation into the Pakistan International Airline (PIA) plane crash in Karachi that claimed 97 lives last week.
Pakistan Airlines’ Pilots Association (Palpa) Secretary Capt Imran Narejo, while talking to Dawn over phone on Saturday, said the “investigation team was not balanced”, because it lacked the representation of commercial pilots. Commercial pilots better understood the accidents involving commercial jetliners, he explained.
Islamabad appointed a four-member “investigation team” comprising three officials of the Aircraft Accident Investigation Board, two of whom are Air Force officers, and the fourth member has been co-opted from Pakistan Air Force’s safety board. There is no commercial pilot in the team, which has been asked to submit its findings “within the shortest possible time”.
Another Palpa official said on the condition of anonymity that it was crucial for any investigation to include a “rated pilot” for the type of the aircraft involved in the accident.
The absence of a pilot with experience on that particular type of aircraft would always remain a handicap for the investigation, said a third pilot.
The reservations over the composition of the probe team pertain to their experience, specific knowledge about the crashed jet, and to an extent conflict of interest as a serving Air Marshal from PAF is heading PIA whose internal workings and condition of fleet would also come under question during the investigations.
A preliminary report on the Pakistan International Airlines (PIA) plane crash has raised serious questions about the pilot’s handling of the aircraft.
According to media reports, Pakistani investigators are trying to ascertain whether the crash of flight PK-8303 is attributable to a pilot error or a technical glitch.
The aircraft, while making its first approach to landing was, as per the conversation between the pilot and air control tower, at a higher altitude than the normal. When the pilot was alerted by the control tower about the high altitude, he said he was “comfortable” with it.
For the final landing, the tower asked the pilot to pull up to 3,000 feet and turn left heading 110. However, minutes later the tower informed him that he was dropping to 2,000 feet. In response, the pilot took a brief sigh and said he was trying to maintain that altitude. Soon afterwards he reported loss of engine and said he was “proceeding direct” meaning that he was going for a crash landing.
The investigators are searching the black box to see what may have caused both engines of the plane to stop working. It could be a bird hit or the pilot accidentally shutting off the wrong engine. It is rare for both engines to shut down simultaneously. (ANI)

Feeling of doing something for own country unmatched:…

Bebo all praise for Aamir