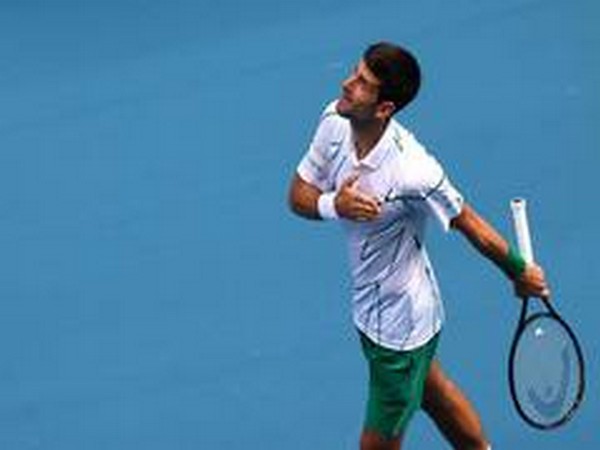 London [UK], May 25 (ANI): Serbian tennis star Novak Djokovic and American player Serena Williams on Monday reminisced about the speech delivered by former South Africa President Nelson Mandela at the inaugural Laureus World Sports Awards two decades ago.
On this day 20 years ago, Mandela had delivered one of the most powerful speeches in sporting history.
“Sport has the power to change the world,” Mandela had said.
Mandela continued: “It has the power to inspire. It has the power to unite people in a way that little else does. It speaks to youth in a language they understand. Sport can create hope, where once there was only despair. It is more powerful than governments in breaking down racial barriers. It laughs in the face of all types of discrimination.”
Five-time Laureus Award winner, Williams, who met Mandela at the inaugural Laureus World Sports Awards, said listening to Mandela’s address was a ‘really great experience’.
“Being there in the crowd when Nelson Mandela was addressing us, was a really great experience. The words he said about sport, it doesn’t matter what colour you are, you can still be the best. What struck me most about Mr Mandela was the fact that he knew everything about me, and I’m thinking ‘no, I know everything about you! We just had an incredible conversation about things we wanted to do in the world, and it was a real changing point in my life,” Williams said in a statement.
Djokovic, a four-time Laureus World Sportsman of the Year, said: “Nelson Mandela is one of those people that always brought the light. His strength to come out and fight for what is right is something that motivates and obviously inspires myself and every person on this planet.”
On the other hand, tennis legend Boris Becker said to shake hands with Mandela was a “very special moment” for him.
“At the Laureus World Sports Awards 2000 in Monaco and a holiday in South Africa in 2007, I had the honour to meet Nelson Mandela. To shake hands with him was for me a very special moment. For us Laureus Academy Members it is an honour that a personality as he stood behind the idea of Laureus and supported us as Patron,” Becker, who is a Laureus Academy Member, said.
Laureus, in a statement, said that amid the ongoing coronavirus pandemic, need for the programmes Laureus supports is stronger than ever. Earlier this month, along with partners, Laureus Sport for Good launched the Sport for Good Response Fund to support organisations using sport to change the lives of young people around the world.
Laureus Academy Member and Chairman of Laureus Sport for Good Edwin Moses, said: “We are living in uncertain and unprecedented times, and while we had hoped to be celebrating the growth of Laureus Sport for Good over the past two decades, we have instead shifted our focus. Through the Sport for Good Response Fund, we are continuing to support our programmes during this crisis, making sure they are ready to use respond to the challenges in their communities once it is safe to do so.”
“I’m sure if the great Nelson Mandela was here today, he would be proud of what we have achieved so far. I also know that he would encourage us to continue to work hard, continue giving back and using sport to change even more lives in future. And that’s exactly what we aim to do,” Moses added. (ANI)

Sophie Ecclestone aims to become ‘one of the best players’