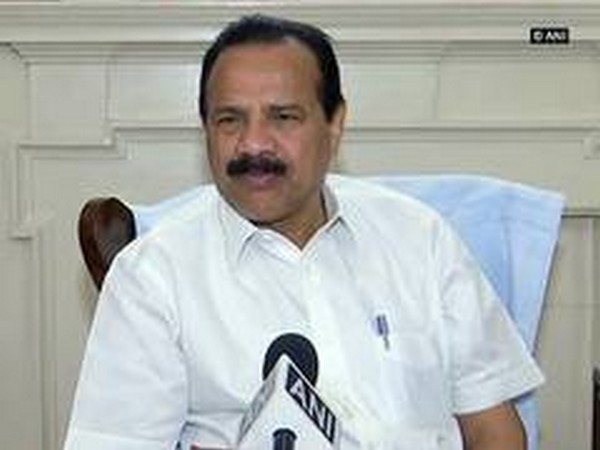 Bengaluru (Karnataka) [India], May 26 (ANI): Asserting that no flight is scheduled to evacuate people from Gulf countries to Karnataka, Union Minister DV Sadananda Gowda has urged External Affairs Minister S Jaishankar to arrange flights to Mangaluru and Bengaluru to bring back the stranded nationals from the region.
In a letter to Jaishankar, Gowda said that thousands of Kannadigas are stranded in Gulf countries.
“Several representations received from Kannada organisations representing Gulf countries that in the recent schedule issued by Air India Express, no flight is scheduled from Kuwait, Dubai, Abu Dhabi and Qatar to the state of Karnataka. Also, in the last schedule, there was no flight to Karnataka,” the letter read.
“Thousands of Kannadigas are stranded in Gulf countries. Those are immediately required to repatriate to Karnataka. All these persons are fulfilling the conditions of preference guidelines issued by the Embassies in Gulf countries — pregnant women, medical background, students, visa expired and job losers,” it said.
Gowda has requested Jaishankar to “intervene and instruct the concerned in arranging flights to Mangaluru/Bengaluru from Gulf countries in the existing schedule itself.”
India, in recent times, has repatriated thousands of Indians stranded abroad due to coronavirus-induced lockdown, under the Vande Bharat mission. The first phase of the mission began on May 7. (ANI)

To cover up his lover’s murder, Bihar man kills nine people in Telangana

UP: Amroha’s only private hospital treating COVID-19 patients for free