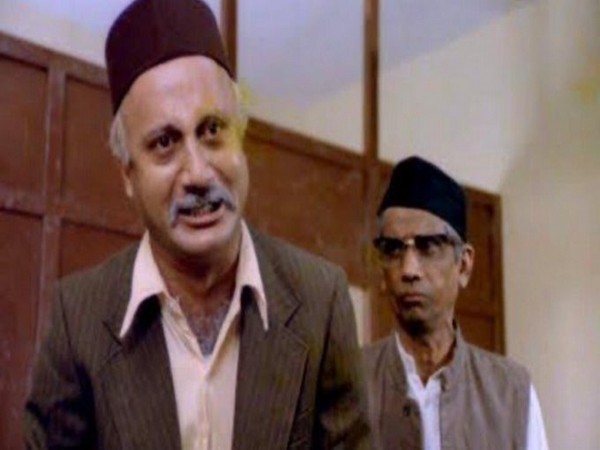 New Delhi [India], May 25 (ANI): Veteran actor Anupam Kher’s debut film ‘Saaransh’ clocked 36 years on Monday.
To mark the event, Kher took to Twitter and posted a video featuring some scenes from the movie.
He also thanked people for acknowledging his work and showering love on him.
“My 1st film #Saaransh was released on 25th May, 1984. I complete 36 years in the world of entertainment today. It has been an incredible journey so far,” tweeted Kher.
“God has been kind. And you, my audiences have given me so much love. THANK YOU!! #36YearsOfAnupam #KuchBhiHoSaktaHai,” Kher’s tweet further read.
Earlier in the day, the director of the film, Mahesh Bhatt recalled the portrayal of the central character of the movie by Kher and lauded him.
“36 years of SAARANSH! He was just 28 years old when he made his debut in this iconic role of a school teacher who has lost his son in an act of senseless violence. Thank you, Anupam for helping me birth this heartbreaking inspired creation. [?]@AnupamPKher[?] #Saaransh,” tweeted Bhatt.
Kher replied to Bhatt’s tweet and said, “Thank you @MaheshNBhatt Saab for your faith, generosity, kindness and love. I would’ve never had this kind of journey if my first film was not #Saaransh. It changed my life and me. #36YearsOfAnupam proudly. Jai Ho!!”
Kher’s debut flick – ‘Saaransh’ – won him his first Filmfare award in the best actor category.
The film revolved around the sequence of events in the life of a retired school teacher and his wife after their son loses his life in a mugging.
Helmed by Bhatt, the film also features actors Soni Razdan and Rohini Hattangadi. (ANI)