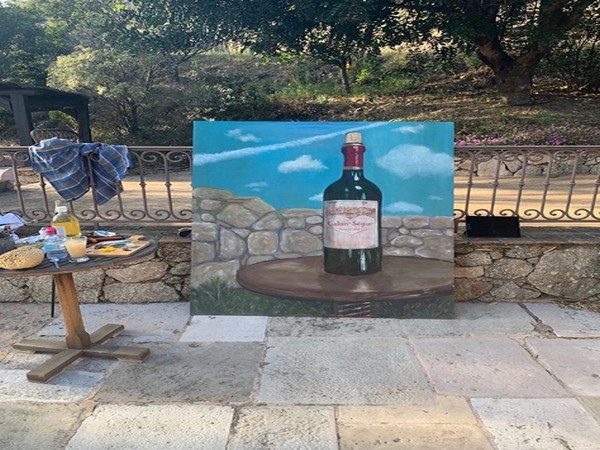 New Delhi [India], May 23 (ANI): Actor Johnny Depp on Saturday shared a priceless piece of art, he has been working on for over 14 years.
Sharing the painting on Instagram, this piece of artwork which he started in 2006 but did not finish or ‘touch’ it for 14 long years, the ‘Pirates of The Caribbean’ star explained how certain changes in life take a turn from the things that they used to do passionately.
The painting is of a huge wine bottle and some bit of sky in the backdrop. 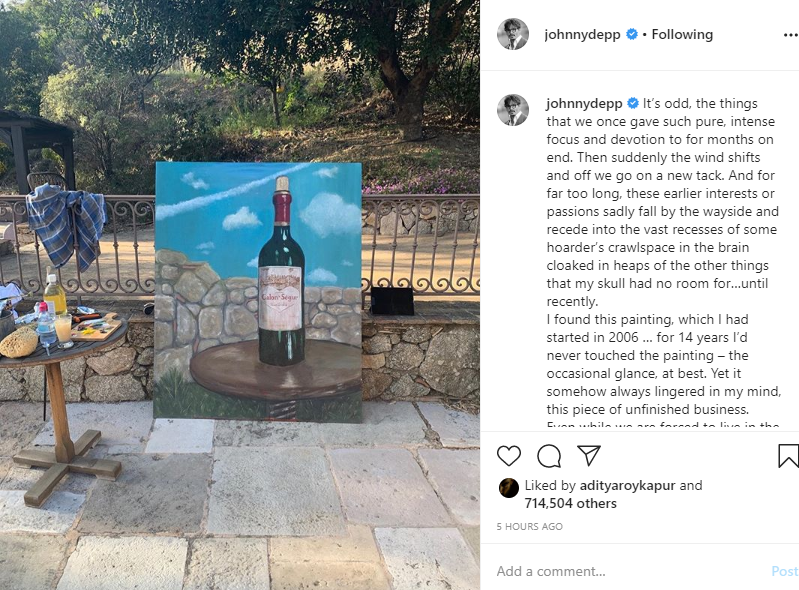 “It’s odd, the things that we once gave such pure, intense focus and devotion to for months on end. Then suddenly the wind shifts and off we go on a new tack. And for far too long, these earlier interests or passions sadly fall by the wayside and recede into the vast recesses of some hoarder’s crawlspace in the brain cloaked in heaps of the other things that my skull had no room for…until recently,” the 56-year-old captioned the post.
The American actor then noted this piece of ‘unfinished business’ – the painting he did not ‘touch’ for 14 long years, but the one that somehow ‘lingered’ in his mind.
“Even while we are forced to live in the immediate, some strange species of the interrupted passion that has been invested in an object we once focused on awaits our return from far away,” the ‘Public Enemies’ actor wrote.
While wrapping the post, he assured his followers that he will keep them updated about the ‘progress’ with the painting. (ANI)

Karan Johar’s munchkins Yash, Roohi gear up to head airport in ‘Lockdown with the Johars’