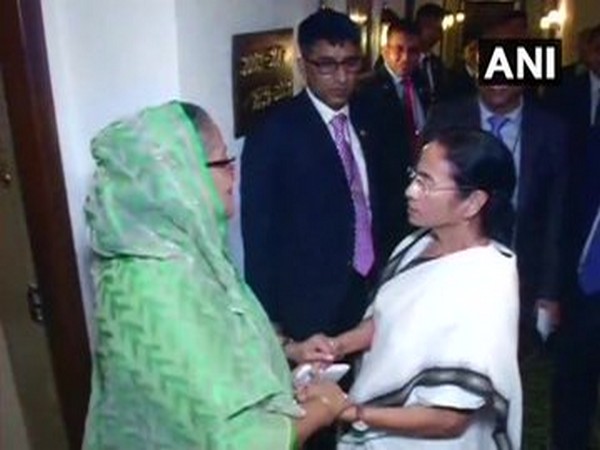 Dhaka [Bangladesh], May 22 (ANI): Bangladesh Prime Minister Sheikh Hasina on Friday talked to West Bengal Chief Minister Mamata Banerjee and enquired about the damages caused by extremely severe cyclone Amphan.
“The Prime Minister phoned the West Bengal Chief Minister at about 11:10 am and enquired about the damages caused by the cyclone in the state,” Dhaka Tribune quoted Bangladesh PM’s Press Secretary Ihsanul Karim as saying.
Karim said that Hasina expressed sympathy to Chief Minister Banerjee over the loss of life and property due to the cyclone.
Cyclone Amphan made landfall on Wednesday along the coastline of India and Bangladesh leaving a trail of destruction in the region.
Cyclone Amphan wreaked havoc in West Bengal and Odisha and caused the loss of lives and property. At least 72 people have died in West Bengal.
In Bangladesh, cyclone Amphan had badly affected 26 districts, causing damage to the tune of 1,100 crore Bangladesh Taka. It has claimed lives of at least 20 people in Bangladesh, reported Dhaka Tribune.
As per a report in Dhaka Tribune, around one crore people in the south-western and north-western regions have been left without electricity as the storm disrupted the power supply system.
Prime Minister Hasina has directed the authorities to take prompt measures to provide money and relief materials to those affected by the cyclone and reconstruct their houses. (ANI)