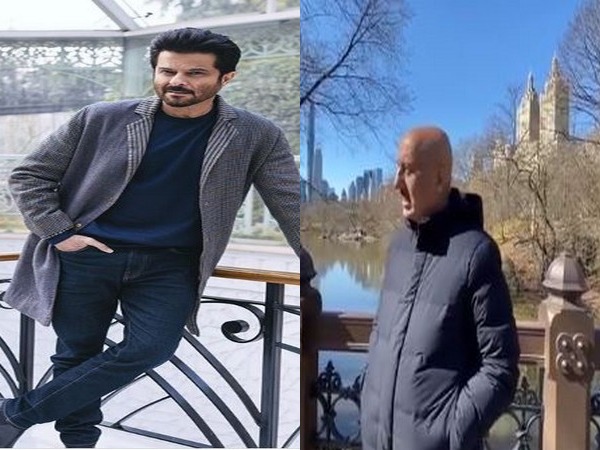 New Delhi [India], May 22 (ANI): Bollywood actors Anil Kapoor and Anupam Kher on Friday expressed condolences over the loss of lives in a plane crash in Karachi.
The two stars took to Twitter to express grief over the demise of people and also prayed for the speedy recovery of the ones who are injured.
“Deeply saddened to hear about the #planecrash in #Karachi. My heartfelt condolences to all the families who have lost loved ones and sending my prayers for the speedy rescue & recovery of the ones who are injured,” tweeted Anil Kapoor.
Actor Anupam Kher too posted his condolence message for the deceased on Twitter.
“Deeply saddened to know about the tragic #PIAPlaneCrash. It is so so sad. My heartfelt condolences & prayers for the families who lost their loved ones. May God give them the strength to deal with this tragic loss. Prayers for the injured,” tweeted Kher.
A Pakistan International Airlines (PIA) aircraft with 90 passengers on board crashed in a residential area near the Karachi airport on Friday.
PIA spokesperson Abdul Sattar confirmed the crash and added that the flight — A-320 — was carrying 90 passengers and was flying from Lahore to Karachi, Dawn reported.
Saad Edhi, a spokesperson of the NGO Edhi Foundation, said they have shifted 13 bodies from the plane to different hospitals. Around 25-30 injured people, who are residents of the area, have also been brought to the hospital.
Footage showed plumes of smoke rising from the site of the crash. (ANI)