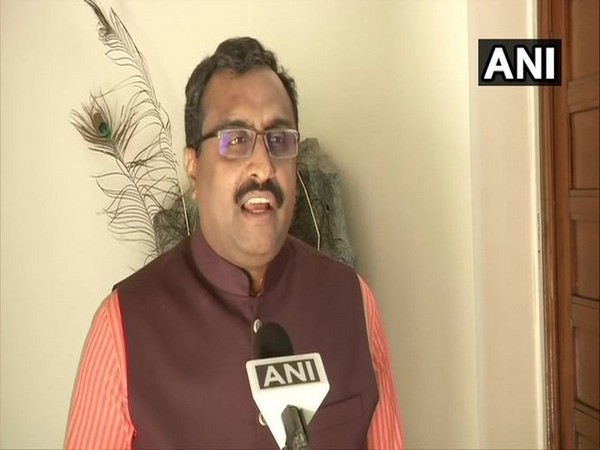 New Delhi [India], May 21 (ANI): BJP General Secretary Ram Madhav on Thursday said that the work of Ramjanmabhoomi is in the “safe hands” and claimed that during the earlier survey also the remains of the temple were found during the excavation.
The statement from Madhav came just hours after the ancient pillars, broken idols and carvings on sandstone were found at the Ayodhya Ram Janmabhoomi site.
“The work of the construction of Ramjanmabhoomi is in the hands of the trust and it is in safe hands. Even when the survey was done earlier, at that time also there were still a lot of remains of the temple which were found. The statement of Champak Rai has also come which says that the remains are still being found. People who have been made in-charge of the temple are digging the site carefully,” he said while speaking to ANI.
Champat Rai, General Secretary of the Sri Ram Janmabhoomi Tirth Kshetra Trust in the morning informed that broken idols and carvings on sandstone etc have been found during the land levelling work at the site.
“Debris is being removed and land being levelled at Ram Janmabhoomi since past 10 days. We have discovered pillars in the debris of the structure and carvings on sandstone. Found a Shivling there and a similar one at Kuber Teela,” Champat Rai said.

According to a statement, the land levelling work started at Ram Janmabhoomi after due permission from district authorities.
In March this year, ‘Ram Lalla’ idol was shifted to a temporary structure near Manas Bhawan in Ram Janmabhoomi premises, till completion of the construction of Ram Temple.

In a historic decision, the Supreme Court had on November 9 last year directed the Central government to hand over the site at Ayodhya for the construction of a temple and set up a trust for the same. The apex court had further directed the government to give a suitable land measuring five acres to the Sunni Waqf Board. (ANI)

PM Modi not in ‘good mood’ about ongoing border situation with China: Trump

PM Modi not in ‘good mood’ about ongoing border situation with China: Trump

China says will ban pork imports from India to…

ICC defers decision on ‘all agenda items’ until…