Need stamp of approval from farmers, not anyone else: Kamal Nath slams MP govt 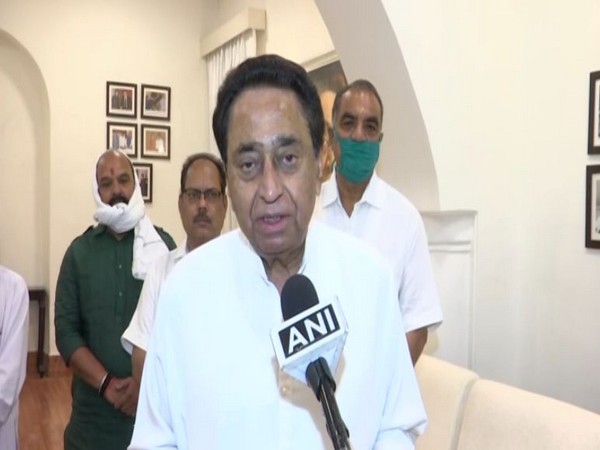 Bhopal (Madhya Pradesh) [India], May 21 (ANI): Congress leader Kamal Nath on Thursday said that the incumbent BJP government in Madhya Pradesh was falsely accusing him of not fulfilling the promise of farm loan waivers.
“Those who have always been involved in scams themselves, see a scam happening everywhere. There is a list which is proof of farmers’ loans getting waived off, almost 25-26 lakh farmers’ loans have been waived off. I need the stamp of approval from farmers, not from anyone else,” Kamal Nath told ANI here.
“In the first instalment, we waived off farm loans. The second instalment was due on March 31, they hindered the payment of that instalment and are now themselves complaining. They should waive off farm loans themselves now that they are in power,” he added.
The Congress leader said that the state BJP government should take action against him if they had proof of him not fulfilling the promises he had made to the farmers.
Kamal Nath further said that the farm loan waivers will stay a relevant issue even in the upcoming state elections and added, “The farmers will give them the answer they deserve in the elections and by-elections ahead.”
He also stated that the Shivraj Singh Chouhan-led government is playing politics over the issue of migrant workers who are wanting to return to the state during COVID-19 induced lockdown.
The Congress leader also paid tribute to former Prime Minister Rajiv Gandhi on his death anniversary here. (ANI)

India to get 15 sprayers from Britain to control locust attack

Fishing banned in Kerala from midnight ahead of monsoon

RBI imposes penalty of Rs 1.2 crore on Karnataka Bank for…