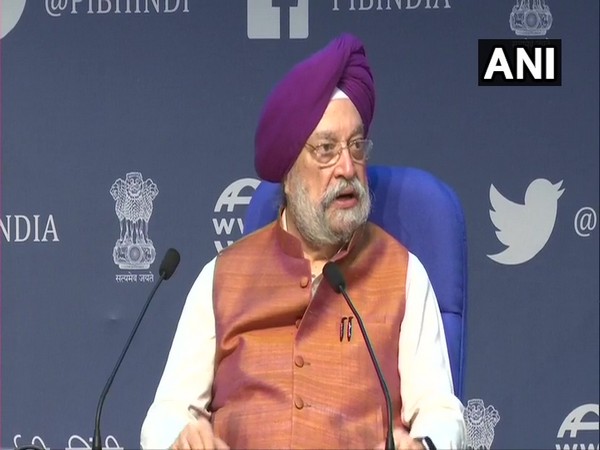 New Delhi [India], May 21 (ANI): Civil Aviation Minister Hardeep Singh Puri on Thursday said that upwards of 20 thousand Indian citizens have been brought back to the country under the Vande Bharat mission so far and the number will rise further in the coming days.
“Under Vande Bharat mission, we have brought back more than 20 thousand of our citizens from various destinations. We have at the same time utilised the outgoing aircraft to carry our citizens who are normally residents abroad, and needed to travel because they have jobs to do and other commitments,” Puri said at a press conference here.
The Minister added that some countries are “at this point of time not allowing foreign nationals to come back,” stating that six countries in the Gulf and the Middle East, and some others in East Asia are included in the list.
It is important to note that the Indian government launched the first phase of the Vande Bharat Mission on May 7 and the second phase was started on May 16.
He further said that the Vande Bharat mission had started “somewhat cautiously”, and the intention in between May 6 and 13 was to bring back 12,800 people, but the numbers were ramped up in the second week, and a substantial increase in the number of flights from Air India, with the private players also joining in the coming days will be seen.
He, however, added, “During Vande Bharat mission, our effort was not to bring back everyone who wanted to come back. The clear emphasis was on evacuating our citizens who were genuinely stranded and in distress abroad.”
Stating that the situation in the times of COVID-19 crisis was returning towards normal, Puri had said, “When we announced #VandeBharatMission on 5th May, we met virtually. The very fact that we are meeting on May 21 physically, it is a reflection of the fact that we have gained more confidence in the normalisation of the situation and resumption.” (ANI)