Despite pressure to reopen offices, US big techies in no rush to bring workers back from home 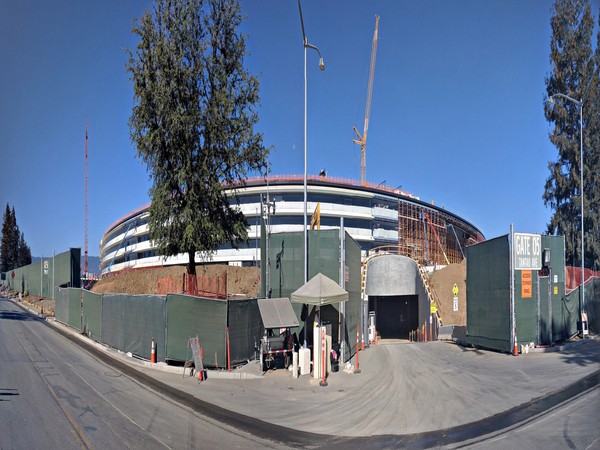 Washington DC [USA], May 19 (ANI): Despite pressure from the government to begin to reopen society to revive a moribund economy, tech giants in the United States — Google, Facebook, Microsoft, Amazon and Twitter — seem to be in no hurry to bring their employees back to offices, rather telling most staff to work from home at least until next year.
It is clear that tech giants are not looking to politicians to set timetables to reopen their offices and bring the staff back whom they had sent to work from home as the coronavirus started to spread near their West Coast headquarters in early March, The Washington Post reported.
Google and Facebook told employees that many workers who can do their jobs remotely should plan to do so until 2021. Amazon said that its employees will stay home at least until October.
Microsoft told staff on Monday that working from home remains optional through October for most employees, though the company will allow some workers to voluntarily return to their offices in stages. On the other hand, Twitter decided to give up on timelines altogether — telling most employees that they can just work from home forever.
Microsoft expects to bring back employees “more slowly rather than more quickly because, economically, we can serve the economy with more remote work than people in many industries can,” company’s president Brad Smith said in an interview with the Post.
It is a matter of social responsibility, he added.
“What we recognise is that economies are going to need to be opened gradually by turning a dial rather than flipping a switch. As economies do that, I think we have a responsibility not only to adhere to the public health guidelines, but to be slower than others in bringing people back simply because we can,” he explained.
The declarations are a big shift for an industry that has for decades prided itself on work environments with communal cafeterias, volleyball courts and open office plans — all design features meant to foster collaboration and make long hours more bearable.
Microsoft, Apple, Amazon, Google owner Alphabet and Facebook, become the five most valuable companies in the world, collectively employing nearly 1.3 million workers. However, as their strong quarterly results showed last month, the tech giants have the financial wherewithal to ride out the pandemic, even as some of them lose sales and advertising dollars in the economic downturn.
Even the big five tech firms have not been able to keep all their workers at home. Amazon has continued to require warehouse staff during the pandemic, and faced backlash over accusations of dangerous working conditions. Facebook is offering financial incentives to lure content moderators back to the office as many of the jobs cannot be done remotely.
One big exception to the extended work-from-home timeline among tech giants appears to be Apple, a company that has already been hard hit by the pandemic and was forced to temporarily slow manufacturing in China and shutter its retail stores in the US — though both are reopening now. With that reality and safety issues top of mind, many experts expect the companies’ extended work-from-home timelines to set a similar agenda for smaller tech firms and outside industries. Other businesses have long followed in tech’s trendsetting footsteps.
“They have had a ripple effect on how other industries and sectors understand what a white-collar workplace should look like if you want to attract the best talent,” said Margaret O’Mara, a professor of history at the University of Washington and the author of ‘The Code: Silicon Valley and the Remaking of America,’ a chronicle of the tech industry.
Tech companies are particularly well-suited to allow remote work since many tasks require computers and little else.
For the most part, tech companies are not going to be swayed by the political winds blowing to reopen society after a painful two months of economic stagnation. In the short term, working from home might even save companies some money. (ANI)

Trump threatens to cut off permanent funding for WHO, reconsider US membership