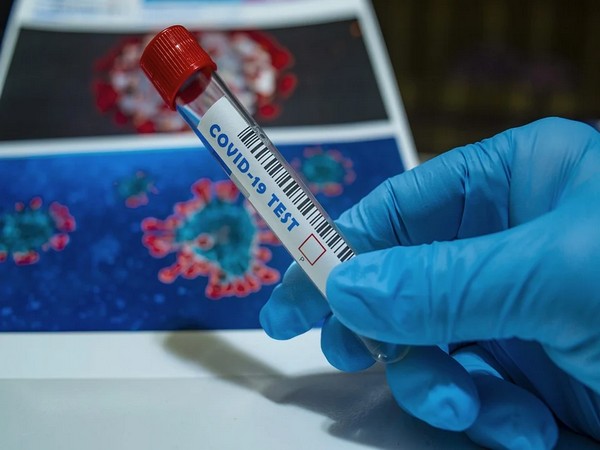 Washington D.C. [USA], May 17 (ANI): In a bid to help flatten the COVID-19 transmission curve and in order to prevent a sharp spike in cases – several simpler methods apart from nasopharyngeal swab techniques are being used to conduct coronavirus testing.

One such test is the at-Home COVID-19 Saliva Test which is simpler as well as for those who may not be able to go to one of the drive-up testing sites.
While the conventional testing procedure follows the procedure of nasopharyngeal swabs, the new test developed by Andrew Brooks requires the suspect to only spit inside a cup.
According to the Washington Post, Brooks holds the position of a chief operating officer and director of technology development in RUCDR Infinite Biologics that has received emergency use authorization for saliva tests from the Food and Drug Administration (FDA).
Unlike the conventional testing procedures, the saliva tests can be performed by people at home and sent them to Rutgers clinical genomics laboratory via mail.
The results of the test can be ascertained within 48 hours, reports Washington Post.
“Rutgers blazed the path for home collection . . . Saliva is a big leap forward relative to swabs, and it is likely to play a major role in getting America back to work,” Washington Post quoted the chief executive of DxTerity, Bob Terbrueggen as saying.
For the spit test, patients from Rutgers are made to spit into a 2-millilitre cup that comes with a chemical solution that preserves the genetic material of the coronavirus for making it easy to ship to the laboratory.
“We scoured what was already commercially available so as not to create more problems,” Washington Post quoted Brooks as saying.
Another simpler measure for conducting coronavirus test is the ‘SickStick’ device which is developed by a researcher from the University of Colorado’s firm Darwin Biosciences.
“Our device acts at the earliest stage of infection. It knows you’re sick before you do,” Washington Post quoted chief executive of Darwin Biosciences Nicholas Meyerson as saying.
Similarly, Oklahoma State University which is awaiting approval from FDA is also currently using saliva for testing nursing home patients.
Studies are currently taking place for the development of an instant test strip that confirms about infection by the virus just like the home pregnancy tests.
“This is exciting. The world is plagued by a scarcity of swabs, so having an alternative is a great thing,” said Bob Kocher, physician, and member of California’s testing task force.
“Also, no patient likes the feeling of having a swab pushed nearly into your brain to collect COVID-19 samples. It is much easier to spit into a tube,” Kocher added. (ANI)

Not possible to host National Games 2020 in October in Goa due to COVID-19: CM Sawant

Fire breaks out at textile store in Madurai

Social distancing norms flouted during protest by locals in Nagpur

Biscuits, water pouches should be arranged for migrant…

KIA Motors to invest another USD 54 million in Andhra…