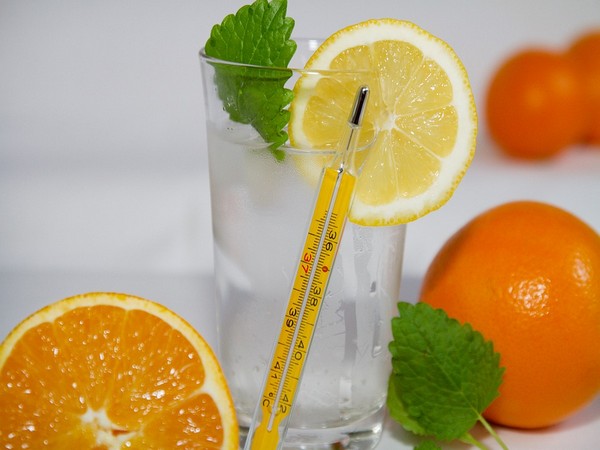 California [USA], May 16 (ANI): While fruits and vegetables rich in Vitamin C, including orange, kiwi, lemon, guava are considered good for the growth, development and repair of all body tissues — a team of scientists has discovered added benefits of the nutrient. They say that a fasting-mimicking diet could be more effective at treating some types of cancer when combined with Vitamin C.
The novel study was conducted by scientists from USC and the IFOM Cancer Institute in Milan.
In studies on mice, researchers found that the combination delayed tumour progression in multiple mouse models of colorectal cancer; in some mice, it caused disease regression. The results were published in the journal Nature Communications.
“For the first time, we have demonstrated how a completely non-toxic intervention can effectively treat aggressive cancer,” said Valter Longo, the study senior author and the director of the USC Longevity Institute at the USC Leonard Davis School of Gerontology and professor of biological sciences at the USC Dornsife College of Letters, Arts and Sciences.
“We have taken two treatments that are studied extensively as interventions to delay ageing — a fasting-mimicking diet and Vitamin C — and combined them as a powerful treatment for cancer,” added Longo.
The researchers said that while fasting remains a challenging option for cancer patients, a safer, more feasible option is a low-calorie, plant-based diet that causes cells to respond as if the body were fasting.
Their findings suggest that a low-toxicity treatment of fasting-mimicking diet plus Vitamin C has the potential to replace more toxic treatments.
Results of prior research on the cancer-fighting potential of Vitamin C have been mixed. Recent studies, though, are beginning to show some efficacy, especially in combination with chemotherapy.
In this new study, the research team wanted to find out whether a fasting-mimicking diet could enhance the high-dose Vitamin C tumour-fighting action by creating an environment that would be unsustainable for cancer cells but still safe for normal cells.
“Our first in vitro experiment showed remarkable effects. When used alone, fasting-mimicking diet or vitamin C alone reduced cancer cell growth and caused a minor increase in cancer cell death. But when used together, they had a dramatic effect, killing almost all cancerous cells,” said Longo.
Longo and his colleagues detected this strong effect only in cancer cells that had a mutation that is regarded as one of the most challenging targets in cancer research.
These mutations in the KRAS gene signal the body is resisting most cancer-fighting treatments, and they reduce a patient’s survival rate. KRAS mutations occur in approximately a quarter of all human cancers and are estimated to occur in up to half of all colorectal cancers.
The study also provided clues about why previous studies of vitamin C as a potential anticancer therapy showed limited efficacy. By itself, a Vitamin C treatment appears to trigger the KRAS-mutated cells to protect cancer cells by increasing levels of ferritin, a protein that binds iron.
But by reducing levels of ferritin, the scientists managed to increase Vitamin C’s toxicity for the cancer cells. Amid this finding, the scientists also discovered that colorectal cancer patients with high levels of the iron-binding protein have a lower chance of survival.
“In this study, we observed how fasting-mimicking diet cycles are able to increase the effect of pharmacological doses of Vitamin C against KRAS-mutated cancers,” said Maira Di Tano, a study co-author at the IFOM, FIRC Institute of Molecular Oncology in Milan, Italy.
“This occurs through the regulation of the levels of iron and of the molecular mechanisms involved in oxidative stress. The results particularly pointed to a gene that regulates iron levels: heme-oxygenase-1,” added Tano.
The research team’s prior studies showed that fasting and a fasting-mimicking diet slow cancer’s progression and make chemotherapy more effective in tumour cells while protecting normal cells from chemotherapy-associated side effects. The combination enhances the immune system’s anti-tumour response in breast cancer and melanoma mouse models.
The scientists believe cancer will eventually be treated with low-toxicity drugs in a manner similar to how antibiotics are used to treat infections that kill particular bacteria, but which can be substituted by other drugs if the first is not effective.
To move toward that goal, they say they needed to first test two hypotheses: that their non-toxic combination interventions would work in mice, and that it would look promising for human clinical trials.
In this new study, they said that they’ve demonstrated both. At least five clinical trials, including one at USC on breast cancer and prostate cancer patients, are now investigating the effects of the fasting-mimicking diets in combination with different cancer-fighting drugs. (ANI)

Study reveals dreaming brain tunes out the outside world

China vulnerable to another COVID-19 wave due to lack of immunity, says top health advisor