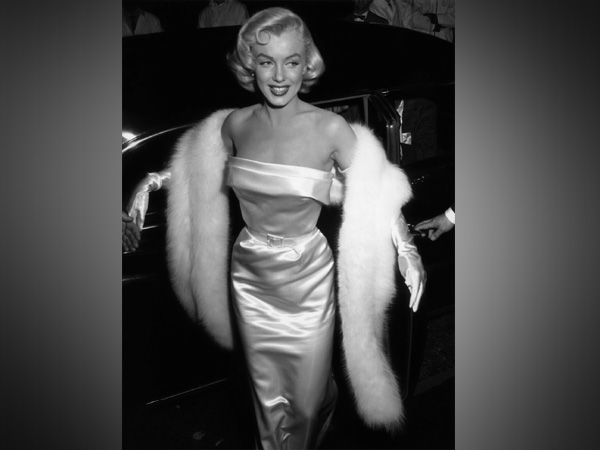 Washington D.C. [USA], May 11 (ANI): A one of its kind Makeup Museum that made its debut in New York City recently has revealed the skincare routine and some of the beauty products from the personal regimen of the late glamour queen Marilyn Monroe.
The first exhibition of the museum ‘Pink Jungle: 1950s Makeup in America’ showcased ‘The Misfits’ actor’s prescribed skincare routine, and two of the products, which are still in the market all these years later.
A document dated March 17, 1959, and addressed to Mrs Marilyn Monroe Miller was also presented.
Dermatologist Erno Laszlo of the beauty company wrote out detailed skincare instructions for every step of the day, which was followed by the late star.
As shared by Fox News, Monroe, in the morning, was to wash her face and neck in warm water with Active Phelityl Soap before applying “well-shaken” Normalizer Shake-It, avoiding the area around her eyes, before immediately blotting it off.
Beneath her eyes, she was to apply Phelitone “in tiny dots, spreading it gently over the surface” and then blotting it off as well.
For the final step, the ‘Some Like It Hot’ actor was told to apply Duo-Phase Face Powder to her entire face and neck, brushing it off later after a minute.
During the evening, she was to repeat the morning routine, and then, “before retiring,” a separate routine was laid out.
The regimen also included dietary instructions, which mainly focused on not eating any kind of nuts, chocolate, olives, oysters, or clams. (ANI)

Global Dream Day inspires every one of us to dream