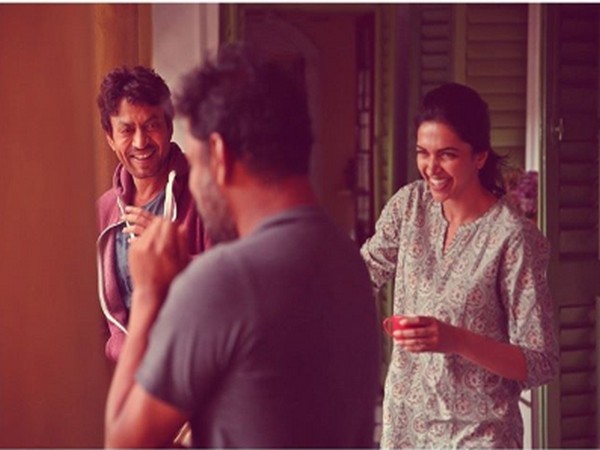 New Delhi [India], May 8 (ANI): As her hit film ‘Piku’ clocked five years today, actor Deepika Padukone remembered her co-actor Irrfan Khan who passed away recently after battling a rare cancer.
Marking the fifth anniversary of the film, Padukone posted a behind the scene picture featuring herself, late actor Irrfan Khan and director of the film, Shoojit Sircar.
The picture captured the three of them enjoying a light-hearted moment as they are seen laughing.
Recalling her memories with the late actor Irrfan Khan, Padukone penned down the lyrics of a famous song ‘Lamhe Guzar Gaye’ from the film.
“Rest in Peace my Dear Friend…#rana #piku #bhaskor #5yearsofpiku,” she further wrote in the caption condoling the demise of Irrfan.
Earlier on the demise of the seasoned actor, Padukone had shared a blank post, signalling towards the void that his departure created in the cinema industry.
Irrfan and Deepika shared screen space in Shoojit Sircar’s ‘Piku’ and their chemistry was appreciated by both audiences and critics. Besides the two actors, the film also featured megastar Amitabh Bachchan.
The ‘Life of Pi’ actr passed away at Mumbai’s Kokilaben Hospital on April 29. He was 53. (ANI)