Scrap WTC for a while, replace it with Ashes, India-Pak series: Brad Hogg 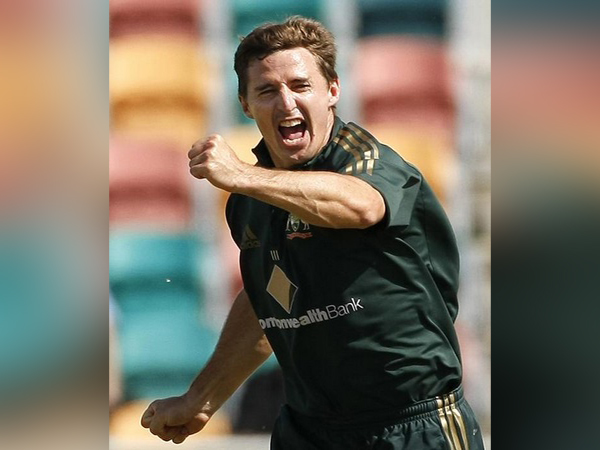 New Delhi [India], May 6 (ANI): Former Australian spinner Brad Hogg on Wednesday suggested to scrap the World Test Championship (WTC) for a while and replace it with Ashes and India-Pakistan series this summer.
Hogg said that both Ashes and the series between India-Pakistan will give a much needed financial boost to the International Cricket Council (ICC) once the situation becomes normal after the coronavirus pandemic.
“Scrap the Test Championship for a while, viewers want to see competitive cricket so get a couple of series that will reignite the interest of cricket throughout the world. Scrap the India-Australia series scheduled for this summer and have the Ashes played there. And make India play against Pakistan in a four match series,” Hogg said in a video posted on his YouTube channel.
“The public are craving for it, two matches can be played in India and two can be played in Pakistan, this will be the ultimate series, who is the best between Kohli and Azam? It will be proven in this series, fans have been waiting for India-Pakistan to play each other in a Test series. These two series will give a financial boost to the ICC,” he added.
Currently, all sporting action across the world has come to a halt due to the coronavirus pandemic.
India and Australia are slated to take on each other in a four-match Test series later this year, however, the future of the series hangs in the balance due to COVID-19.
India currently sits on top of the World Test Championship standings while Australia is at the second place.
The Indian Premier League (IPL) was slated to begin from March 29, but the tournament has been suspended indefinitely due to the coronavirus pandemic. (ANI)

Anti-doping hearings to be conducted online from May 8: NADA D-G

I can manage both tennis and motherhood: Sania Mirza

Guerrilla caught after sneaking into Kashmir