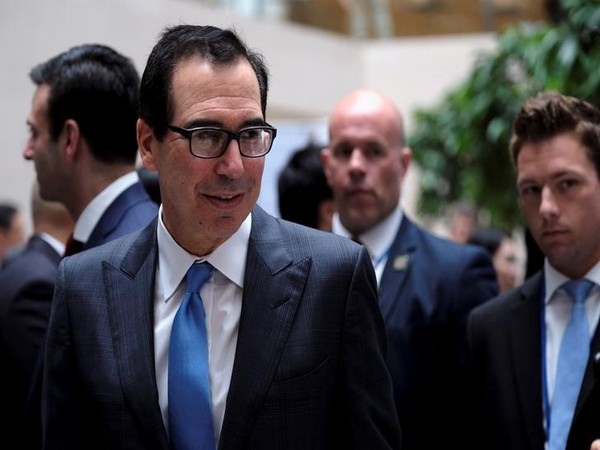 Washington [US], April 30 (Sputnik/ANI): US Treasury Secretary Steven Mnuchin said during remarks at White House that the United States is looking into storing an additional several hundred million barrels of oil in the nation’s Strategic Petroleum Reserve.
“We’re also exploring potentially having the ability to store another several hundred million barrels,” Mnuchin said on Wednesday evening.
The Treasury Secretary said the Trump administration is looking at a variety of strategies to help, but excluded a bailout of the oil industry as an option. He said the focus of the government’s efforts is to protect the US national security interests and American jobs in the oil industry.
President Donald Trump has said his administration will soon announce a relief plan for oil companies.
In early April, the Energy Department announced a solicitation to immediately make 30 million barrels of the strategic reserve’s oil storage capacity available to US producers. Media reported that 1.1 million barrels of oil have been delivered this month.
Oil producers, particularly in the United States, have been hard hit by plunging global demand and nosediving prices as the novel coronavirus (COVID-19) pandemic has grounded airlines and halted other forms of travel and industry activity.
Earlier this month, the price of futures for May delivery of West Texas Intermediate (WTI), the benchmark US crude index, fell into negative territory for the first time in history, reaching as low as minus 37.63 a barrel. (Sputnik/ANI)