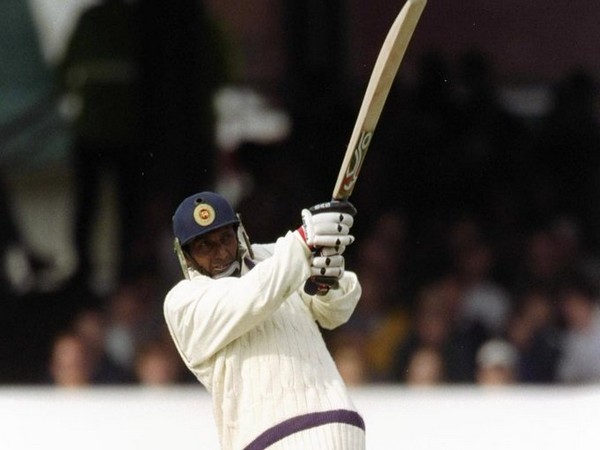 New Delhi [India], April 29 (ANI): It was on this day in 1997, that the former Sri Lanka batsman Aravinda de Silva became the first player in the history of cricket to score two unbeaten centuries in the same Test.
The right-handed batsman achieved the feat against Pakistan in Colombo.
Opting to bat first, de Silva came into bat with Sri Lanka 124/2.
De Silva played a knock of 138 runs in the first innings from 208 balls. His innings was studded with 19 fours and this knock took Sri Lanka’s total to 331.
Pakistan was bundled out for 292 in the first innings and this gave hosts Sri Lanka a lead of 39 runs.
In the second innings, de Silva played an unbeaten knock of 103 runs off just 99 balls and this helped Sri Lanka to declare their second innings at 386/4, setting Pakistan a target of 426 runs.
Pakistan managed to hang on in the second innings and the side registered 285/5 and as a result, the match ended in a draw.
De Silva played 93 Tests and 308 ODIs for Sri Lanka. He was also a part of the 1996 World Cup-winning squad.
He registered 6,361 runs in the longest format at an average of 42.97. (ANI)

Match-fixing row: Shoaib Akhtar lashes out at PCB, calls the board ‘incompetent’