Chief Ministers favour continuation of lockdown after May 3 but economic activity should start slowly: Puducherry CM after interaction with PM 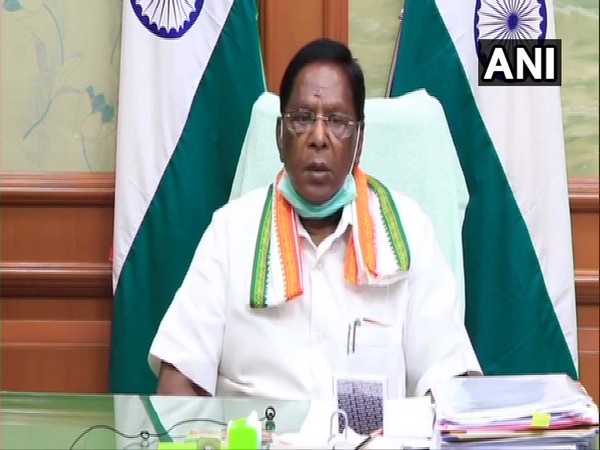 Puducherry [India], April 27 (ANI): Puducherry Chief Minister V Narayanasamy on Monday sought an economic package from the centre while saying that majority of the chief ministers who interacted with Prime Minister Narendra Modi via video conference wanted the continuation of the lockdown after May 3 due to the rise in coronavirus cases in the country.
“Most chief ministers told the prime minister that the lockdown should continue and that some economic activity should be started slowly,” he said.
“Most of the chief ministers said the way in which cases are increasing, there should be a cautious approach & Prime Minister should take a call on basis of observation of CMs. Most of the BJP-ruled states’ CMs said that lockdown should be continued & economic activities be started slowly,” the Chief Minister said.
” I also said that the Govt of India should give us an economic package, that is more important because we are giving rice to even Above Poverty Line (APL) families. So, Govt of Puducherry has to be financially helped by Govt of India, he said at a press briefing through a video-conference.
“Our state’s economic situation is in a difficult position. Meeting day to day expenditure is also becoming difficult. Therefore, I asked the PM for GST compensation that’s been due for last 5 months and at least 4 months compensation to be released immediately,” said V Narayanasami.
PM Modi said the impact of coronavirus will remain visible in the coming months and masks and face covers will be part of life while asserting that the country needs to give importance to the economy as well as continue the fight against COVID -19.
He also highlighted the importance for states to enforce guidelines strictly in the hotspots, i.e., the red zone areas. “The efforts of the states should be directed towards converting the red zones into orange and thereafter to green zones,” he said.(ANI)

Not a single rupee lost on rapid antibody test procurement

Number of containment zones in Mumbai stands at 1036

ICICI Bank’s board to meet to review insolvency cases