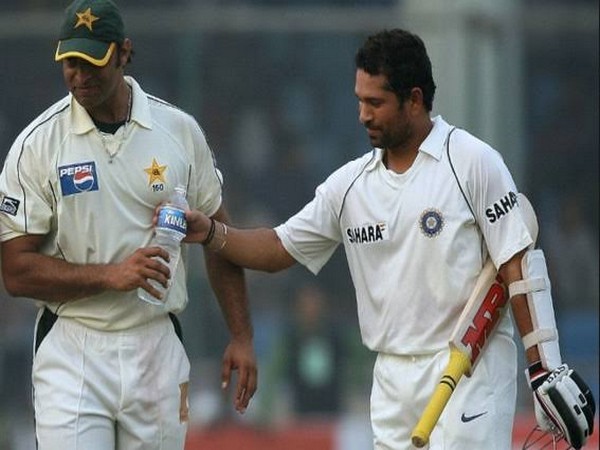 New Delhi [India], April 24 (ANI): Former Pakistani speedster Shoaib Akhtar on Friday greeted legendary Indian cricketer Sachin Tendulkar on his 47th birthday and termed him as the best batsman in the cricketing history.
The stalwart pacer, famously known as Rawalpindi Express, heaped praises on birthday boy and said the on-field battle against Tendulkar is a ‘treasure’ of his playing days.
“A very happy birthday to @sachin_rt. Arguably the best batsman in the history of the game. It’s a pleasure to have known you, playing with you & against you. The battles against you on the ground are a treasure of my playing days. #HappyBirthdaySachin #SachinTendulkar,” Akhtar tweeted. 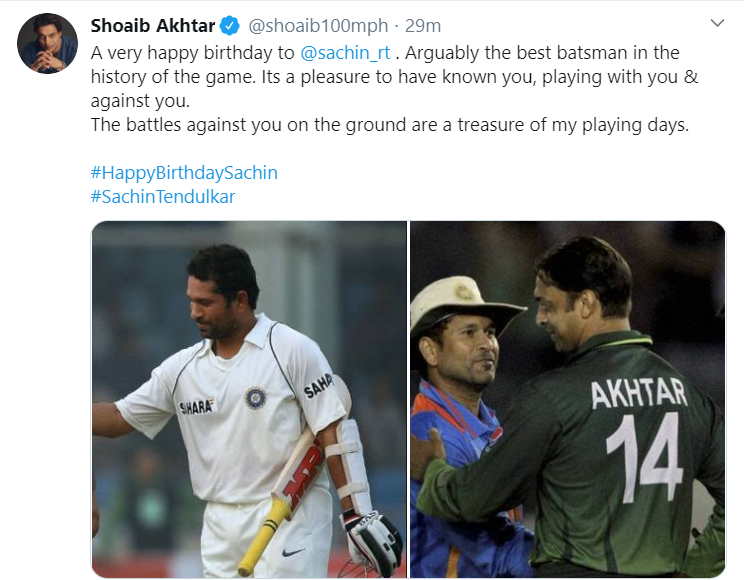 The social media is flooded with wishes on the occasion of the veteran batsman’s birthday. The Maharashtra-born player had an illustrious career in the game, creating several records. Tendulkar made his debut in Test cricket on November 15, 1989. In the same year on December 18, he played his first ODI match.
The legendary cricketer has the most number of runs in the longest format of the game, amassing 15,921 runs. Along the way, Tendulkar scored 51 Test centuries, most by any player. Things are no different in ODI cricket as Tendulkar atop the list of most runs in this format as well. He has accumulated 18,426 runs in ODI which includes 49 tons. Tendulkar represented the country in six World Cups during his career that lasted for 24 years. He was the part of the 2011 World Cup-winning squad. (ANI)

Prasoon Joshi On Receiving ‘Film Personality Of The Year’ Award At The 52nd Edition Of IFFI: “The Diversity We Have In…

Ilaiyaraaja Is Delighted To See Fans Share Their Lyrics For His Tune: “Shower Your Lyrics Like Rain”

COVID-19: Imran Khan is stealing from the poor and giving to…