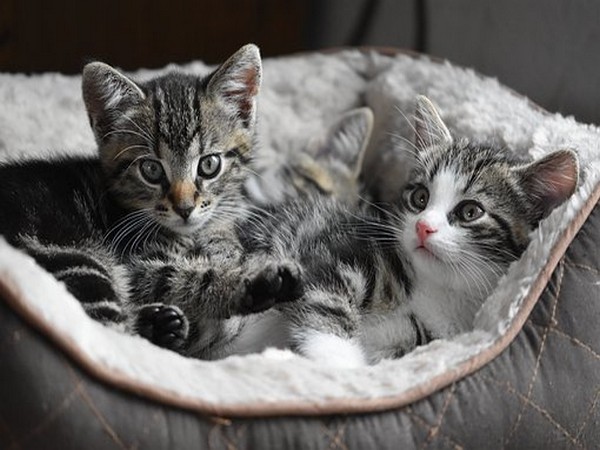 Washington DC [USA], April 23 (ANI): US health authorities have confirmed the first cases of coronavirus found among two pet cats in New York state.
However, they have recommended against routine testing of animals.
“The US Centers for Disease Control and Prevention (CDC) and the USDA National Veterinary Services Laboratories (NVSL) today announced the first confirmed cases of SARS-CoV-2… infection in two pet cats,” read a CDC release.
“At this time, routine testing of animals is not recommended. Should other animals be confirmed positive for SARS-CoV-2 in the United States, USDA will post the finding external icon,” it said.
The two animals are the first pets in the US to test positive for the virus.
“The cats live in two separate areas of New York state. Both had mild respiratory illness and are expected to make a full recovery. No individuals in the household were confirmed to be ill with COVID-19,” the CDC said.
Novel coronavirus has been reported in a few animals worldwide, mostly in those that had close contact with an infected person.
As of Wednesday afternoon, there are 258,589 confirmed COVID-19 cases in New York, including more than 141,235 in New York City. The state’s death toll stands at 15,302, according to The Hill.
As many as 8,39,836 cases have been registered in the US so far with over 46,000 fatalities.
Meanwhile, the virus has infected more than 2.6 million people and claimed over 1,82,000 lives so far, according to the data compiled by Johns Hopkins University. (ANI)

Taiwan donates over 2 million masks to US

US slams China, WHO for concealing COVID-19, says world must have access to labs to determine source of virus

‘Gour Hari Dastaan…’ to premiere in…