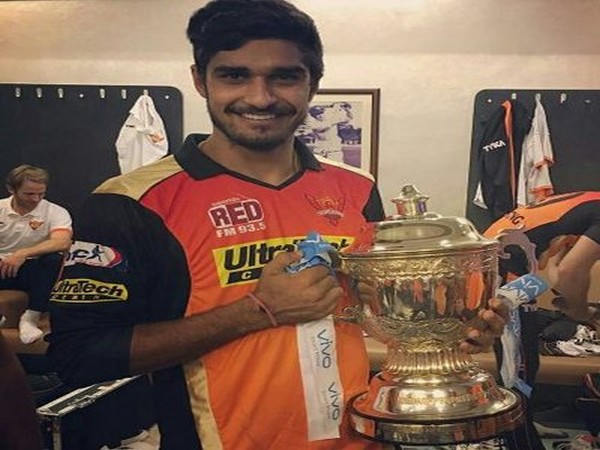 Mohali (Punjab) [India], April 19 (ANI): Indian Premier League (IPL) franchise Kings XI Punjab all-rounder Deepak Hooda revealed that during his early cricketing days he started as a wicketkeeper-batsman.
“I enjoyed bowling even in my early cricketing days, but when I started playing club cricket my coach made me a wicketkeeper-batsman. The first two years of my cricket career I played as a ‘keeper-batsman,” Kings’ official website quoted Hooda as saying.
The 25-year-old has played 61 IPL matches and scored 524 runs and scalped seven wickets. Hooda explained how he was picked in the playing eleven to perform duties behind the stumps.
“I got to be in the playing eleven back then just because I agreed to become a wicketkeeper because the senior team did not have anyone for that position. But keeping in the nets all day was difficult for me as a youngster because my knees used to pain a lot,” he added.
Former SunRisers Hyderabad player understood that wicketkeeping is not his cup of tea and started working on improving his batting skills.
“I began working on my batting because I didn’t want to play as a keeper anymore. Back then, my brother and I used to play together and we used to bowl to each other and help improve the other. I liked to be active on the cricket field, be it bowling, batting or fielding,” Hooda said.
“Friday, Saturday and Sundays I used to practice in Delhi and the other days whenever I wanted to practice extra I used to go to an academy in Gurgaon. Over there I began playing as an off-spinner and batsman, and got selected to play at the district level,” he added.
He has 68 List A games with an impressive batting average of 38.84 and also has 34 wickets to his name.
“During one of those district-level games, my coach from Delhi saw me and recognised my potential as an all-rounder. Following that, I was able to forgo keeping and focus on my all-round skills,” Hooda concluded.
The 2020 edition of the IPL has been postponed until further notice by the Board of Control for Cricket in India (BCCI) due to the coronavirus crisis in the country. (ANI)

An all-rounder is pivotal when you play with four bowlers: Andrew McDonald

Big fan of Dhoni, would want him to be part of T20 WC squad: K Srikkanth