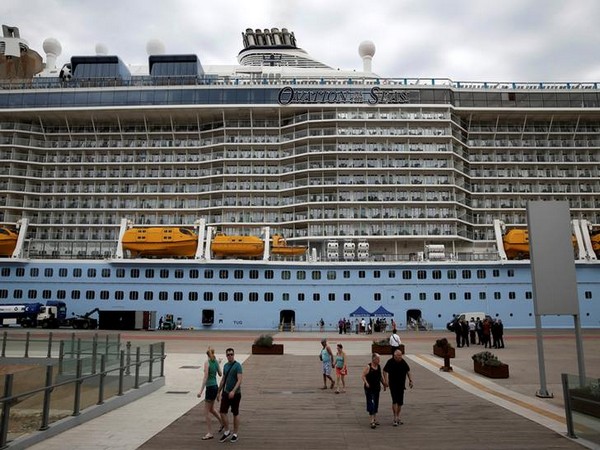 Sydney [Australia], April 11 (Xinhua/ANI): Passengers of another cruise ship hit by coronavirus were allowed to disembark in Sydney despite informing authorities that there were 13 people who were infected with the virus on board, local media reported.
The vessel, Ovation of the Seas, told federal authorities about its ill passengers, including three suffering high temperatures, before docking at Sydney’s Circular Quay on March 18, the Seven News channel reported late Friday.
But Border Force and New South Wales state health officials allowed the Royal Caribbean-owned ship to dock without checks, according to the channel, with passengers advised that “they did not need to self-isolate nor enter quarantine” days earlier.
So far 98 passengers from the Ovation of the Seas have tested positive for COVID-19 and one of them, a 72-year-old man, has died, the channel reported.
The latest revelation comes amid news of a state criminal probe into cruise operations after about 2,700 passengers of another vessel, the Ruby Princess, were permitted to disembark in Sydney on March 19. Those passengers have since been linked to hundreds of reported COVID-19 cases and at least 15 deaths.
The Ovation of the Seas was en route from Sydney to New Zealand and the Pacific Islands, but altered course after Australian Prime Minister Scott Morrison closed borders and ordered cruise ships to return.
Health reports from the ship prior to its docking stated that 13 people had shown signs of illness in the past 14 days, the news channel quoted federal records as showing.
Passengers did not receive advice from state health authorities to “self-isolate or quarantine until days later,” it said. (Xinhua/ANI)