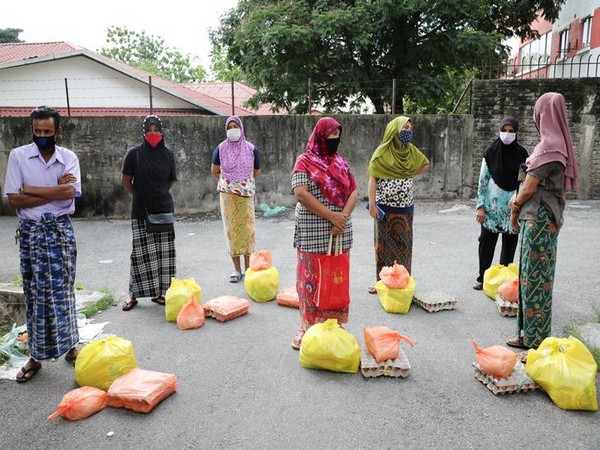 Kuala Lumpur [Malaysia], April 11 (ANI): The Malaysian government has extended the country’s movement curbs by another two weeks till April 28, continuing with its effort to reduce infections caused by coronavirus.
In a speech telecast live on national television on Friday, Prime Minister Muhyiddin Yassin said that the Movement Control Order (MCO) will be extended from April 15 to April 28 based on the feedback from the health ministry and medical experts, The Strait Times reported.
“The MCO has helped healthcare workers contain the spread of the infection… But we need to be ready to face this situation for quite a while. It may go on for a few more months before we can really make sure that the spread has been 100 per cent curbed,” he said.
“Let me remind you that the war on COVID-19 is not yet over. The fight is still on. We are doing well so far, so just uplift your spirit and continue to fight. If we persevere, Insha Allah (God willing) we will win,” he added.
The MCO was into its 24th day on Friday, with most Malaysians staying at home unless they need to buy groceries, medicine or food or to conduct essential services.
The MCO started on March 18 and was initially for a period of two weeks to March 31, but was extended by two weeks to April 14.
On Friday, the country reported 4,346 confirmed cases and 70 deaths due to COVID-19.
However, noting how the economy has been badly hit following the implementation of the MCO, Muhyiddin said that the government has agreed to allow several economic sectors to operate in stages.
“I would like to stress that the reopening of several sectors does not mean we are loosening the MCO… If there is a manufacturer, factory or company that violated the rules, the government will withdraw its permission,” he said.
The government’s move comes after a survey carried out by the Statistics Department revealed that the outbreak has crippled most of Malaysia’s economy, hitting hard especially those without a fixed salary.
The survey, which was carried out during the MCO, showed that nearly half of self-employed workers and a quarter of employers have gone without any income.
Among the 53.4 per cent of self-employed Malaysians who said they still had jobs, 94.8 per cent suffered income losses, with more than a third of them experiencing a cut of over 90 per cent.
The government has also banned people from visiting markets and hold tarawih prayers at the mosques keeping in view the social distancing measures ahead of the upcoming Ramadan festivities. (ANI)

RSS affiliate demands MSP for all even outside mandis, demands bank guarantee based registration of traders to ensure…

U-17 Women’s World Cup is a great opportunity:…