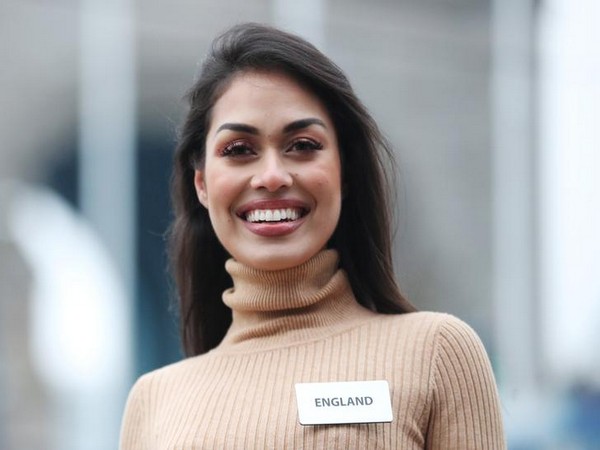 Washington D.C. [USA], April 8 (ANI): Choosing stethoscope over the crown, Miss England 2019, Bhasha Mukherjee, has returned to work as a doctor as the world battles with coronavirus pandemic.
According to CNN, she was a junior doctor with a specialisation in respiratory medicine, before being crowned as Miss England in August last year. The beauty queen, who has her roots in India’s Kolkata city, had taken a career break from the medical field.
She had paused her medical career for some humanitarian work that she was offered by several charities and was on a tour to different countries including India.
“I was invited to Africa, to Turkey, then to India, Pakistan and several other Asian countries to be an ambassador for various charity work,” CNN quoted her as saying.
She had been in India at the beginning of March for four weeks. During her stay as an ambassador of the Coventry Mercia Lions Club, the 24-year-old had visited several schools and had donated stationery and other items to the needy.
Mukherjee then returned back UK as the situation worsened there with the coronavirus spreading at a fast rate. She then contacted the hospital and asked them that she wanted to rejoin.
According to CNN, the Miss England beauty pageant winner said that she felt wrong to be wearing the crown while people around the world were dying from the virus.
“When you are doing all this humanitarian work abroad, you’re still expected to put the crown on, get ready… look pretty. I wanted to come back home. I wanted to come and go straight to work,” CNN quoted her as saying.
“I felt a sense of this is what I’d got this degree for and what better time to be part of this particular sector than now. It was incredible the way the whole world was celebrating all key workers, and I wanted to be one of those, and I knew I could help,” she added.
As the beauty queen has a recent travel history, she is currently in self-isolation and will return to work once her quarantine period is over.
She was crowned as Miss England 2019 in August last year.
According to World Health Organisation, 13,53,361people have been affected by coronavirus and over 80,000 people have lost their lives to it. (ANI)