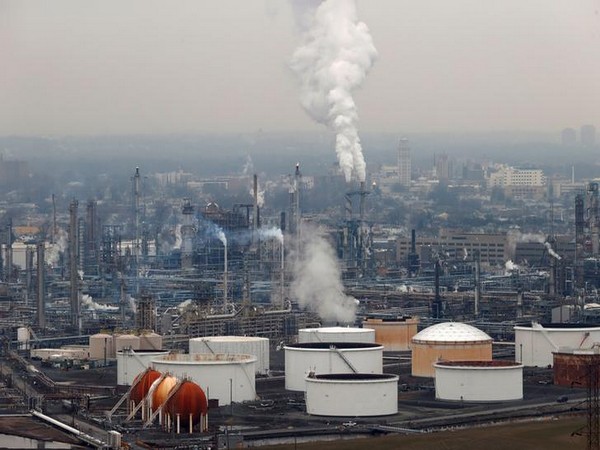 Dubai [UAE], April 11 (ANI): Energy Ministers of G-20 have arrived at a decision to rebalance global oil markets hit hard by the coronavirus pandemic.
However, the outcome document of the virtual summit, which took place on Friday night, does not have direct mention of oil cuts, as reported by the Arab News.
The Organisation of the Petroleum Exporting Countries (OPEC) plus alliance discussed the plan led by Saudi Arabia and Russia to slash the oil output by 10 million barrels per day.
Canada, the US, and Brazil are also expected to implement additional and substantial output reductions.
The global demand for oil has gone down by 30 per cent since the countries started imposing lockdowns. As per the experts if the production would have continued at previous rates, then storage facilities would have been overburdened.
India’s Union Minister of Petroleum and Natural Gas Dharmendra Pradhan also took part in the virtual summit
Speaking to ANI, Pradhan said: “I took part in G20 Extraordinary Energy Ministers’ meeting. India raised two specific issues. One, less volatility of oil price is good for all stakeholders and the other, price should be reasonable and affordable for producing and consuming countries.”
“India is primarily a consuming country. So, we must have a balance in the price. I have assured the global leadership that India will continue to be the global demand centre under the leadership of Prime Minister Narendra Modi,” he said.
A release from the G-20 said: “We commit to taking all the necessary measures to ensure the balance of interests between producers and consumers, the security of our energy systems and the uninterrupted flow of energy.”
“In doing so, we are particularly aware of the need to ensure that health and other sectors that are leading the fight against COVID-19 have the energy supplies that they need,” adds the release.
The release also said that “we establish a short-term Focus Group, with the task of monitoring the response measures. The Focus Group is open for all G-20 parties, on a voluntary basis, and will regularly report its assessment during the Saudi G-20 Presidency, in collaboration with relevant international organizations, to G-20 Energy Ministers.” (ANI)