Why didn’t Delhi police stop program at Markaz, Nizamuddin, COVID-19 cases in Maharashtra increased because of this: Anil Deshmukh 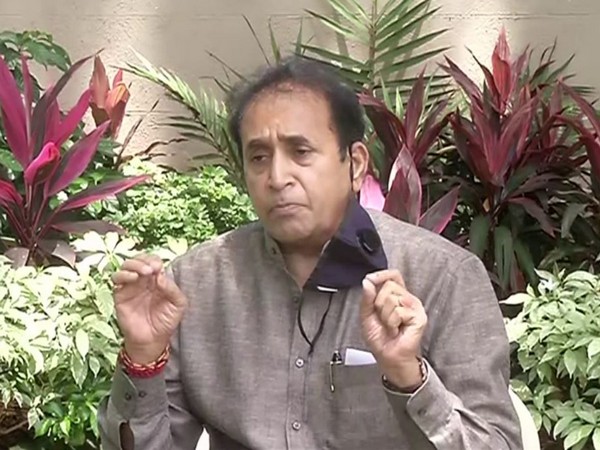 Mumbai (Maharashtra) [India], April 9 (ANI): Maharashtra Home Minister Anil Deshmukh on Thursday said that the rising number of COVID-19 cases in Maharashtra are a result of Delhi Police not stopping the Tablighi Jamaat’s religious gathering in Markaz, Nizamuddin following which the attendees came back to the state and added to the case tally.
Deshmukh said that the Maharashtra government did not give permission for a similar religious gathering.
“A program like the one at Markaz in Delhi’s Nizamuddin was scheduled to be held near Mumbai in Vasai on March 15-16 but was not allowed by us. Why did the Delhi Police not stop this program like us? Because of this, COVID-19 cases have increased,” Deshmukh said at a press conference here.
“The whole state machinery is trying its best to contain this pandemic. This new problem surfaced in Maharashtra and other states because of the Delhi Police. Who is responsible for this?” he asked.
The Maharashtra Home Minister further said that approximately 58 people who attended the Delhi gathering are still to be traced.
“57 to 58 Tablighi people still missing in the state, they have switched off their phones, they need to come to us or we will take strict action against them,” Deshmukh added.
The Tablighi Jamaat event has emerged as a hotspot for COVID-19 in India with several positive cases linked to the gathering including deaths in Maharashtra, Karnataka, and Telangana.
162 more COVID-19 cases were reported in Maharashtra on Thursday, taking the total number of coronavirus cases in the state to 1,297, according to the state Health Department.
Meanwhile, India’s tally of coronavirus cases has risen to 5,734, said the Ministry of Health and Family Welfare on Thursday.
Out of the 5,734 cases; 5,095 are active cases while472 cases have recovered and been discharged, while one case has migrated. The death toll has risen to 166 after 17 new deaths were reported in the last 24 hours. (ANI)