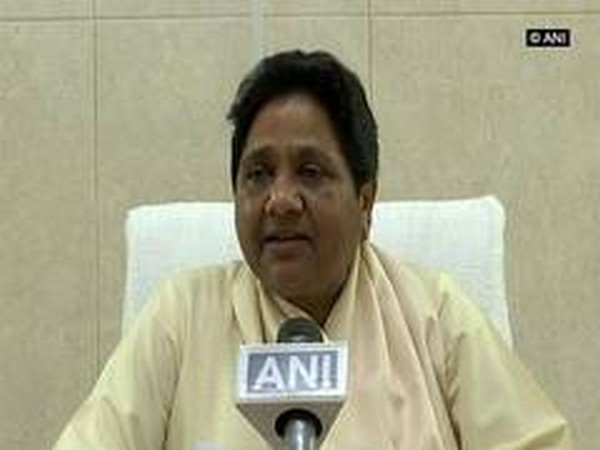 New Delhi [India], April 9 (ANI): BSP chief Mayawati on Thursday sought strict action against BJP MP from Kannauj Subrat Pathak for allegedly beating a Dalit official, which she termed as “shameful.”
In a series of Tweets, the former Uttar Pradesh chief minister said: “The incident where a BJP MP has beaten up an honest Dalit official, who was performing his duties responsibly in Kannauj, is very shameful. In spite of this, the accused is openly roaming outside rather than being in jail, due to which there is a lot of anger among Dalit employees in the state.”
“The Chief Minister needs to undertake strict steps in this matter so that such things could be stopped from happening in the future,” she added.
She said the government should also “take stringent and immediate action against their MP to make sure that such treatment is not meted out to anyone, especially Dalit employees anywhere in the state. That is the BSP’s demand.”
In a police complaint on Wednesday, Kannauj Sadar Tehsildar Arvind Kumar had alleged that the aides of BJP MP Subrat Pathak barged into his house and thrashed him over the ration distribution to certain people mentioned in the list prepared by the latter.
The investigation into the matter is underway. (ANI)