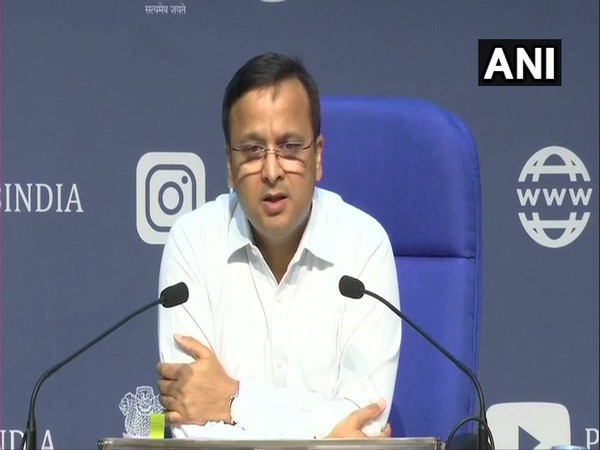 New Delhi [India], April 9 (ANI): Twenty domestic manufacturers in India have been developed for production of Personal Protection Equipment (PPEs) and orders for 1.7 crore PPEs have been placed, Lav Aggarwal, Joint Secretary, Health Ministry said on Thursday.
“Supplies of PPEs, masks, and ventilators have now begun. 20 domestic manufacturers in India have been developed for PPEs, orders for 1.7 crore PPEs have been placed and the supplies have begun. 49,000 ventilators have been ordered,” Aggarwal said in a press conference here.
“There is a fear among people that everyone needs PPEs. Everyone does not need PPEs. We have issued guidelines earlier. PPEs are not the only coverall. It is a mix of different components like boots, N95 masks, coverall, and headgear. All components are used by people who are at high risk. In case of moderate risk, N95 masks and gloves are sufficient. Sufficient quantity of PPEs is being provided to state governments,” he said.
Aggarwal said that a total of 5,734 confirmed cases have been reported in the country so far, including the 549 new cases were found in the last 24 hours.
“Four hundred and seventy-three people have recovered and have been discharged from the hospital so far. Total 5734 confirmed cases reported in the country till date, 549 new cases in the last 24 hours. 166 deaths have been reported till dates, 17 deaths since yesterday,” he said. (ANI)