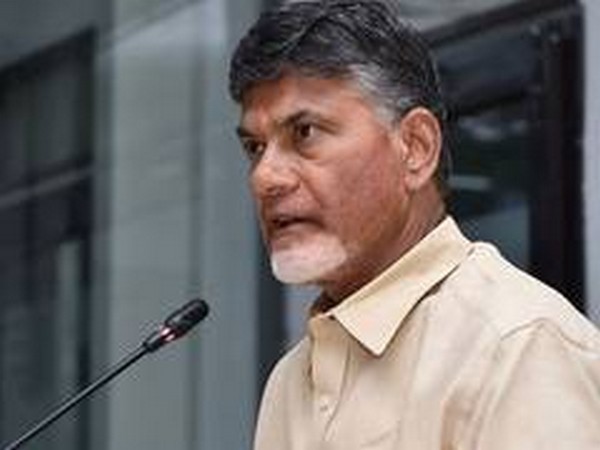 Amaravati (Andhra Pradesh) [India], April 8 (ANI): TDP leader N Chandrababu Naidu has accused YSRCP candidates of not following the guidelines issued by the state election commission (SEC), to not campaign until further notice, for the now-postponed local body elections.
In a letter to SEC, Naidu has also accused YRSRCP leader of violating lockdown norms.
He has appealed to Election Commissioner N. Ramesh Kumar to disqualify all those ruling party contestants who are found guilty of distributing Rs 1,000, an amount which was meant to be distributed by village volunteers to the poor families.
Chandrababu said that the Rs 1,000 financial assistance was actually announced by the government as part of COVID-19 relief measures.
The village/ward volunteers are authorized to distribute this money but YSRCP nominees are themselves distributing the money to mount pressure on voters to support them in the now-postponed election.
But the YSRCP leaders in the guise of distributing government’s money and ration to the beneficiaries are moving in groups campaigning for YSRCP candidates with overt display of YSRCP flags.
“SEC has to take cognizance of such gross violations and take necessary and suitable action to restore the democratic norms in the State,” wrote Naidu in the letter to SEC.
The Andhra Pradesh local body elections had been postponed for six weeks last month due to situation arising out of the coronavirus outbreak. (ANI)

Delighted and honoured to be nominated for Arjuna Award, says defender Harmanpreet…

On this day in 1993: Shane Warne bowled ‘ball of the century’

‘Wanted to jump off balcony’: Robin Uthappa opens up on his battle with…

On Ben Stokes’ 29th birthday, let’s have a look at his roller-coaster…

On this day in 2018, Sunil Chhetri played his 100th international game

COVID-19: CM Adityanath authorises UP Health Department to use govt aircraft to bring necessary equipments from other…

All BAPS temples to remain closed in India till June 15

Immediate cause of death of Kerala elephant was drowning…